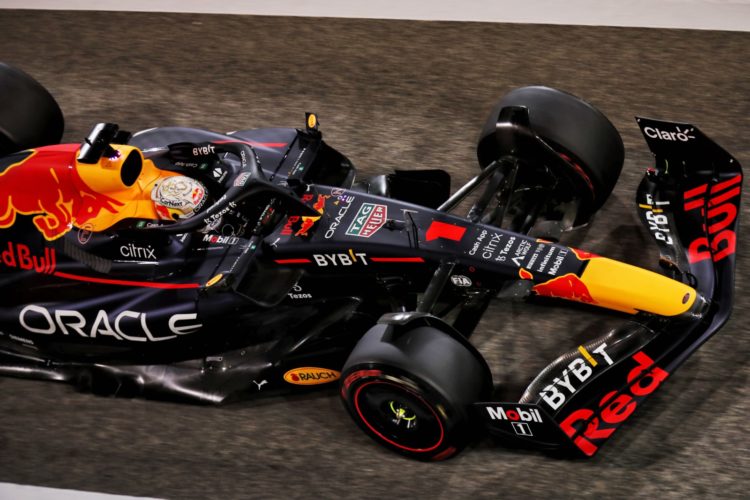 Verstappen moved to the front of the pecking order in the final half hour, after sunset, with a lap of 1:31.973s on Pirelli’s C5 tyres.

That effort came after he spun on his out lap and he subsequently went again on another set of C5 tyres and clocked a time of 1:31.720s.

That left Verstappen almost seven-tenths clear of Ferrari’s Charles Leclerc, who set his best time earlier in the afternoon, and did so on C4s.

It came on a day in which Red Bull introduced revised sidepods on its RB18.

Fernando Alonso moved up to third place during the closing stages, on C4s, with a lap that left him within a second of Verstappen’s benchmark.

George Russell was fourth overall for Mercedes, with Valtteri Bottas fifth, the Alfa Romeo driver bringing out the red flag during the final hour when he stopped at Turn 8.

Despite that stoppage Alfa Romeo completed the most mileage during the day, with Bottas and Zhou Guanyu amassing 150 laps between them.

AlphaTauri’s Yuki Tsunoda was sixth, with morning pacesetter Sergio Perez shuffled down to seventh, ahead of Haas’ Mick Schumacher and McLaren’s Lando Norris.

Schumacher is permitted to run through 21:00 local time – an additional two hours – to compensate for Haas’ freight delays earlier in the week.