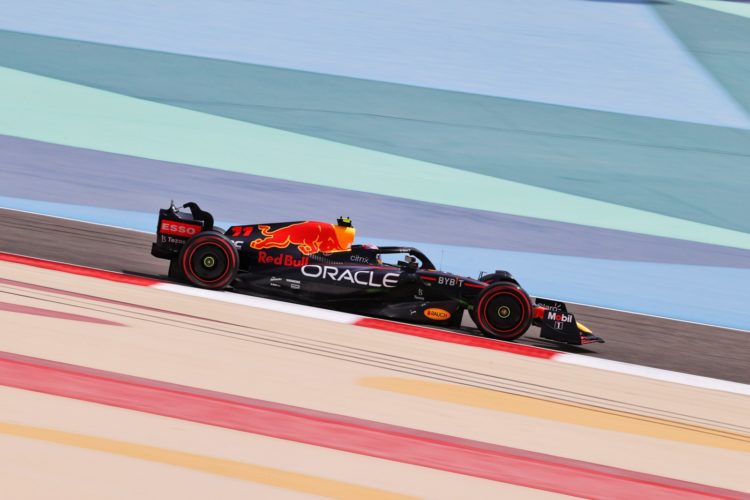 Red Bull remained in the garage for the bulk of the opening hour but when the RB18 appeared it did so with revised sidepods and an altered floor design.

Perez swiftly claimed top spot and eventually worked his way down to a 1:33.105s to finish over eight-tenths clear of Alfa Romeo rookie Zhou Guanyu.

Newcomer Zhou gathered valuable mileage, amassing over a race distance behind the wheel of Alfa Romeo’s C42, while third-placed AlphaTauri driver Pierre Gasly was the most productive driver through the four-hour session.

Gasly completed 91 laps behind the wheel of AlphaTauri’s AT03.

Daniel Ricciardo is not participating in the test after contracting Covid-19.

Williams returned to track activity in the wake of a dramatic brake fire that limited its running to just 12 laps.

Nicholas Latifi was seventh, ahead of Aston Martin’s Lance Stroll and Mercedes’ Lewis Hamilton, who put in a relatively low-key showing in the W13.

Despite receiving additional track time, to make up for the freight delays out of its control, Haas finished at the bottom of the mileage charts.

Kevin Magnussen began his stint in the VF-22 an hour earlier than the official start time but a water pressure leak caused a delay and limited him to 38 laps.

Mick Schumacher is due to take over the VF-22 after lunch and is permitted to test until 21:00 local time, two hours after the official end time.