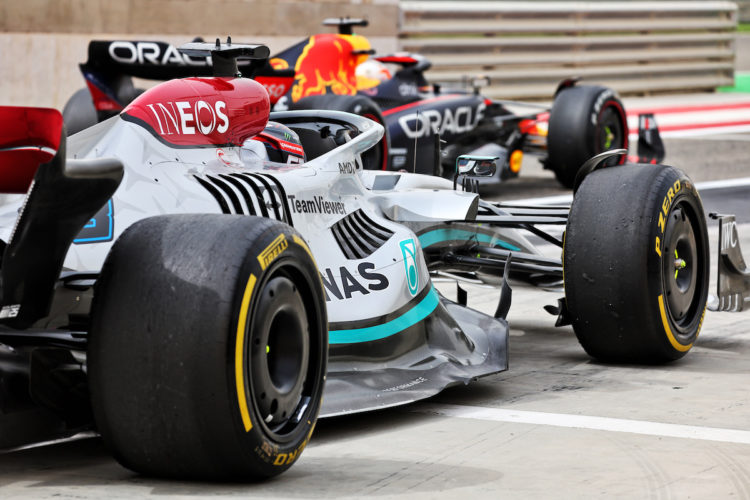 On Thursday, Mercedes unveiled an upgraded car for the pre-season test in Bahrain, with a lot of attention drawn to the vertical sidepod inlets.

Comments appeared in the media after the car was revealed, which claimed that Horner appeared to question the legality of the car.

Horner has denied that he made such comments, and stated on Friday that the team is happy that Mercedes’ challenger is operating within the technical regulations.

“I think the car is obviously innovative, it’s an interesting solution,” he said.

“I think as far as we’re concerned, the Mercedes car looks like it complies with the regulations. It’s just a different interpretation, a different solution.”

Despite Mercedes having the most radical concept so far on the grid, Horner warned against concluding that the Brackley-based squad will have the best package for the start of the new season.

“Obviously visually it’s quite a departure from the concepts that certainly we’ve taken and quite a few other teams have taken,” Horner said.

“Of course there’s compromises that have been made with their layout to accommodate that. It’s impossible to draw any conclusions other than obviously it looks very different.”

Horner added that he believes Ferrari’s car looks to be the strongest after the opening days of testing.

“For me the car that looks the most settled on the circuit at the moment is Ferrari,” he commented.

“I think they’ve had a very strong testing period so far both in Barcelona and in Bahrain. So I would say they’ve looked extremely competitive whenever they’ve been on track.

“You have to remember that these cars are still very immature, the rate of development will be fast and intense.”