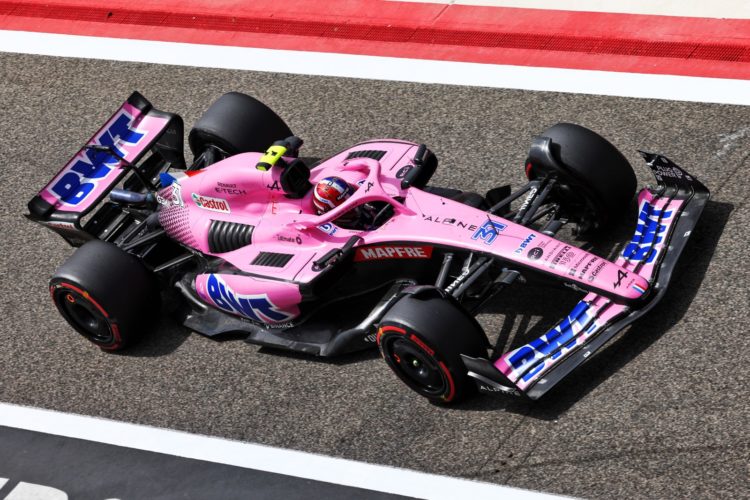 Reigning World Champion Max Verstappen finished third for Red Bull in a session that had a couple of interruptions.

Williams had the most dramatic issue through the course of the session as Nicholas Latifi spun after his brakes overheated.

Latifi’s brakes caught fire through the first sector and the situation gradually got worse as he rounded the lap to the extent that it pitched him into a spin through Turn 12.

Latifi extricated himself from the FW44 and as the fire was being extinguished an explosion occurred on the left-rear of the car, scattering debris, though fortunately no-one was in close proximity to the car.

That caused a 35-minute delay to proceedings while the car was recovered.

Sebastian Vettel stopped his Aston Martin on the outer layout, due to a suspected loose wheel, while Valtteri Bottas caused a red flag when he stopped with a couple of minutes remaining in the session.

Bottas stopped the car shortly after the FIA attempted to trial a standing start, at which only three cars were present, and opted for an additional formation lap – on which Bottas stopped.

George Russell completed the most laps during the session, amassing 67, as Mercedes continued to evaluate its revised W13.

Mick Schumacher returned to test action with Haas but amassed only 23 laps before an exhaust issue brought his running to a premature conclusion.

Kevin Magnussen is due for his first run in the VF-22 after lunch.

Haas has been given an additional four hours of running across the remaining sessions in order to compensate for their delayed start to testing, as the freight delay was out of its control.

Haas will run for an extra hour this evening, begin Saturday’s test an hour early, and be allowed to run for an additional two hours after the official end of the final session.

Testing is due to resume at 15:00 local time