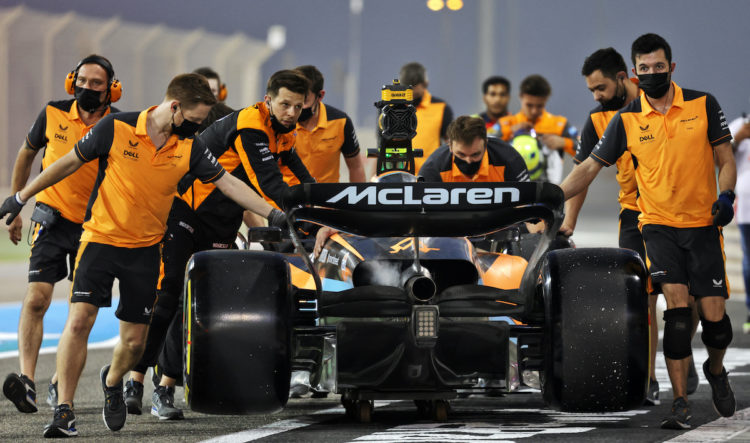 Little changed in the times during the penultimate hour of testing in Bahrain on day two, however that might be down to the fact there were two red flags which stopped running for quite some time.

Esteban Ocon had a precautionary stop in the middle sector, with his Alpine taking some ten minutes to recover. That was swiftly followed by Lando Norris coming to a halt in his McLaren at the end of the pitlane.

The Briton aided the marshals in recovering his car by helping to push it back to the pits. Norris returned to the track just moments later, suggesting it was nothing serious.

The session will continue for another 60 minutes, but the track won’t fall silent with Haas taking the opportunity to complete some extra running in the late evening.