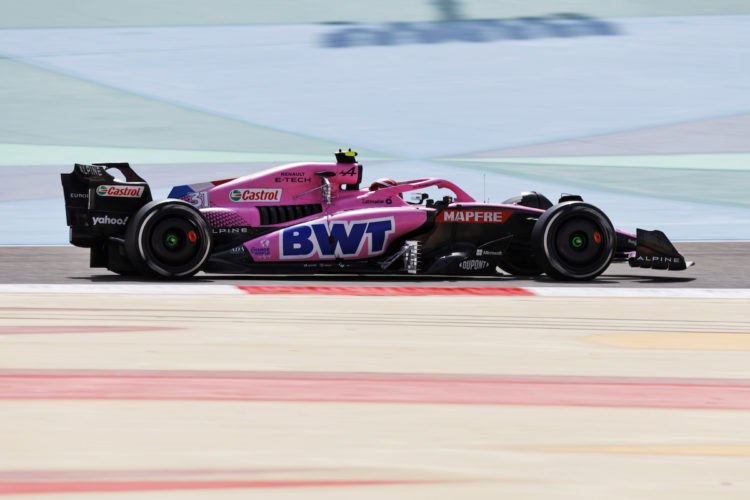 Alpine has signed BWT as its title partner for 2022 and unveiled its A522 in a revised blue and pink scheme last month.

It also revealed an alternative pink scheme that it intends to run at the opening two rounds in Bahrain and Saudi Arabia.

The A522 ran in its normal livery through the opening four days of action in Spain and Bahrain, but on Friday the car appeared in its pink scheme.

Esteban Ocon is due to run the car throughout the course of Friday’s test day.

Alpine has so far had a relatively subdued pre-season period, with Fernando Alonso amassing only 24 laps on Thursday afternoon, owing to a technical setback.