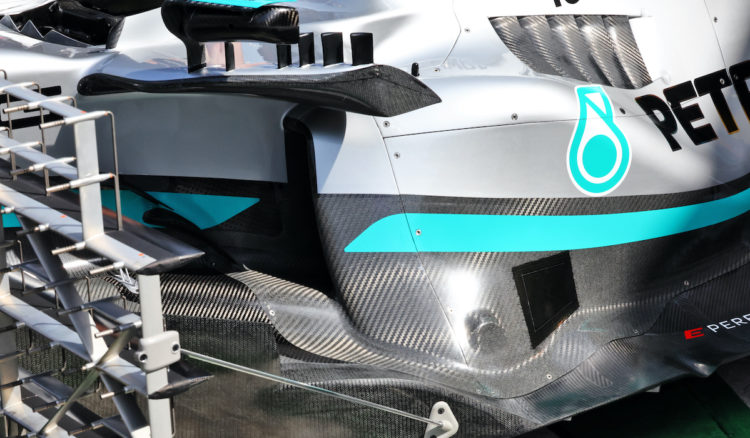 Mercedes has unleashed a package of upgrades at the second pre-season Formula 1 test, with the W13 sporting radical vertical sidepod inlets.

The W13 wore traditional inlets at the first three-day test in Barcelona, with chief F1 rival Red Bull surprising the paddock with its sleek design. But a fortnight later and its Mercedes which has stolen the headlines.

The design allows for far greater airflow to the rear of the car, by minimising the width of the sidepods.

Other updates on the W13 include various wings behind the mirrors and an array of cooling vents to cope with the higher Bahrain temperatures.