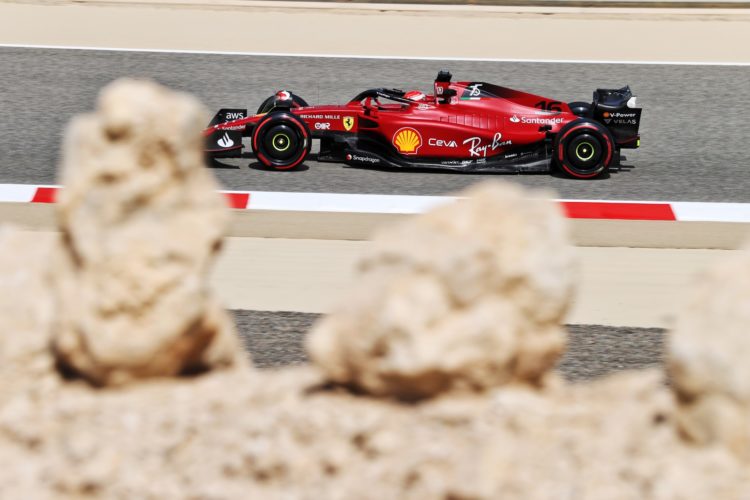 Formula 1 reconvened in Bahrain on Thursday, 13 days after the conclusion of the opening three-day test, and just eight days out from the opening round of the season.

In hot and sunny conditions Leclerc posted a time of 1:34.531s to wind up half a second ahead of Williams’ Alexander Albon.

Most of the attention fell on reigning World Champions Mercedes.

Its W13 was revealed prior to the session with significant upgrades, most prominently its heavily revised sidepods.

The bold restructuring has created exceptionally slim sidepods, with fins adjacent to the cockpit in order to comply with crash tests, and a double series of vents on those narrow sidepods.

Perez was the most productive driver during the session as he completed 69 laps.

The session ran clean throughout, bar a brief Virtual Safety Car test, though Guanyu Zhou stopped in the pit lane and needed pushing back to the garage by Alfa Romeo’s crew.

McLaren had a relatively subdued session with Lando Norris amassing only 21 laps.

Norris stepped in to replace Daniel Ricciardo for the morning session after the Australian fell unwell following a filming day on Wednesday.

Haas did not run on Thursday morning due to the delay in the team’s freight arriving in Bahrain.

The VF-22 is expected to hit the track for the afternoon session with tester Pietro Fittipaldi behind the wheel.

Testing is scheduled to resume at 15:00 local time.