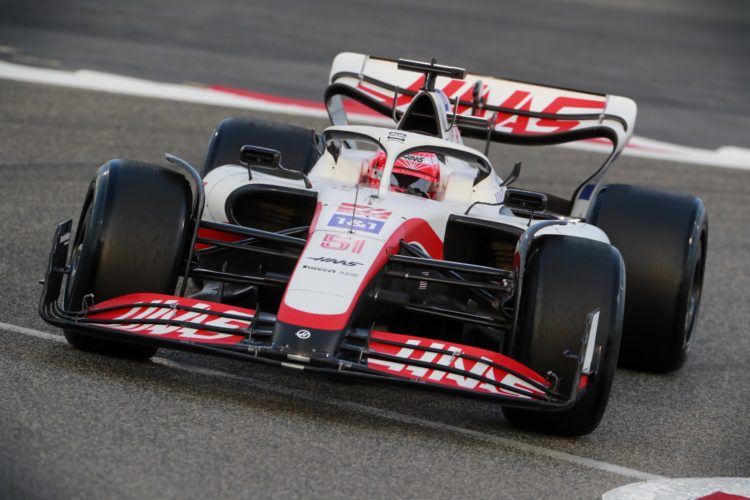 Haas has presented its revised livery for the 2022 season in the aftermath of its split from Nikita Mazepin and Uralkali.

Haas switched to a predominantly white scheme in 2021, with elements of red and blue, following the signing of Uralkali as its title partner.

But Haas confirmed its split from Uralkali – and Mazepin – last weekend in the wake of Russia’s invasion of Ukraine.

Haas had already removed the company’s logos from its VF-22 on the final day of Barcelona testing and ran a predominantly white scheme.

It has now presented an updated livery ahead of this week’s Bahrain test.

The white base has been retained but has now been complemented by additional red.

Mazepin’s full-time replacement Kevin Magnussen is set to get his first taste of the car on Friday afternoon.