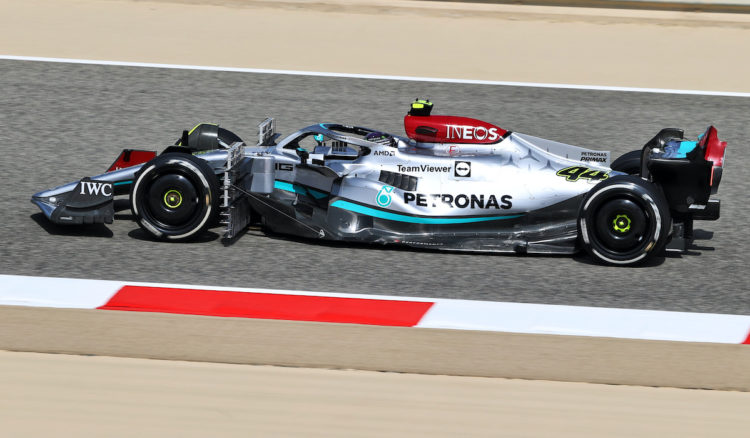 Brawn worked with a team of engineers and designers within Formula 1 to shape the new technical regulations, in which he says they closed off “hundreds” of loopholes, but admitted such innovations will always come about given the engineering prowess of contained within F1.

“I think it’s impossible to anticipate the creative scope of the teams, once they get the regs, you’ve got thousands of engineers working on all the regulations and how they can use them [to their benefit].

“However hard you try to close off all the options, and believe me we closed off hundreds of them, the innovation in F1 is always extreme.”

Red Bull team boss Christian Horner described the Mercedes W13 as “not legal” in an unofficial comment made to a German publication on Wednesday morning after he saw the updated car in Bahrain, adding that it doesn’t meet the “spirit of the regulations”.

Brawn, a former team boss at Mercedes, doesn’t believe that’s the case though.

“We will go back and investigate those solutions and make sure they maintain the objectives of the new rules [but] I think they do, our initial impressions are there’s nothing here we would be overly concerned about in terms of those objectives of the regulations.

“I think there’s going to be a lot of debate in the next few days. [The] spirit is a grey area. One significant thing we changed was the governance. In the past you needed everybody to agree to a change in the season, now it’s 80%, as long as the FIA and F1 also agree, so I think once the interpretation Mercedes has made has been understood, then we can get a balanced view or we can take a view of its impact, what effect it is going to have.

“The spirit is such a grey area, and at the end of the day you have to go on what the wording of the regulation is, as if you take it to a court that’s what they judge it on, but with an 80% team majority we can change the wording, so if something has slipped by then the team is aware that can happen, and that can happen live during the season, so we need to see how this one plays out.”