Mazepin ‘very disappointed’ over how F1 sack was handled 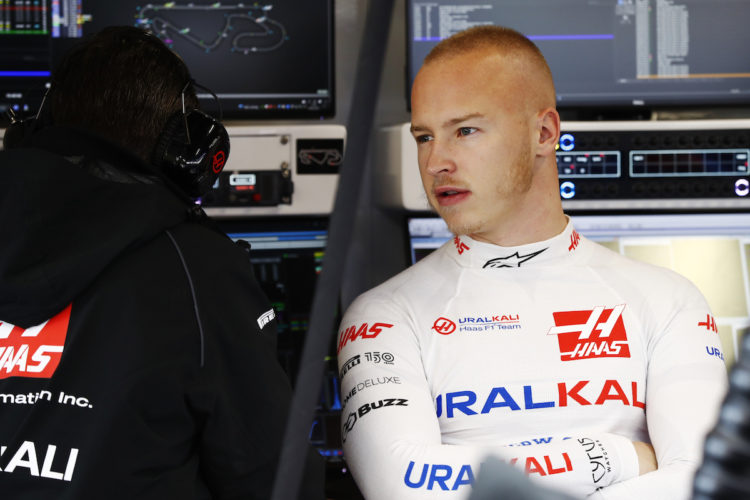 Nikita Mazepin says he is “very disappointed” over how his Formula 1 axe was executed last week.

Haas recently announced that it had parted ways with title sponsor Uralkali and Mazepin ahead of the 2022 season following Russia’s invasion of Ukraine.

Mazepin joined Haas at the start of the 2021 season but endured a difficult rookie season, competing at the rear of the field.

He was present at pre-season testing in Barcelona two weeks ago, and drove the car at the final day of running when Haas opted to distance itself from all Uralkali branding.

While the FIA asserted that drivers from Russia would be allowed to compete under a neutral flag, Haas opted to part ways with Uralkali, which is owned by Mazepin’s father Dmitry.

Speaking about his sacking, Mazepin says a lack of communication between himself and the team meant that he found out he had lost his seat at the same time the press release was made public.

“I was very disappointed at the way it was handled, I have been worried about my future ever since I left Barcelona,” Mazepin said.

“I have been told if the FIA or the governing body allows me to compete on their rules, and I agree to them, there will be no action to remove me from the seat because there is no legal obligation or reason.

“In my previous relations with Gunther, which I rated a very good one and I respected him as a man, very much so, I have been used to believe 101% in his words, he is a Team Principal and if he says something it normally, always, happens.

“But I have not heard any information from the team ever since this happened and I learned about the firing of me the same time as it had been released to the press.

“I didn’t receive any hint or any support to say this is the decision we’ve taken, it’ll go live in 15 minutes, just be ready for it. I had messages from people and learned at the same time as you guys did.”

Uralkali released its own statement on Wednesday, saying it was seeking reimbursement for the sponsorship money paid to Haas for the 2022 campaign.

Mazepin confirmed that the leftover funds that were yet to be paid are being used to establish an athlete support foundation called ‘WeCompeteAsOne’, which caters towards athletes who have “been blocked from competing for political reasons”.

The 23-year-old stated that he has no intentions of having future relations with Haas as he doesn’t “want to go back to a place which doesn’t want me”, insisting he felt he should’ve had stronger support from the American-owned outfit.

“In regards to the support from the team, I do feel like I should have had more,” he said.

“There has been no legal reason that could enable the team to terminate my contract, on legal terms.

“I have explained that I have been very relieved to see that the FIA has allowed athletes to compete on a neutral status, and I was hoping, and to be honest the hope was feeling close, that I would be able to compete.

“But obviously, 5th March at 11.45 Moscow time things really changed and I lost my dream that I was working towards for 18 years of my life.”