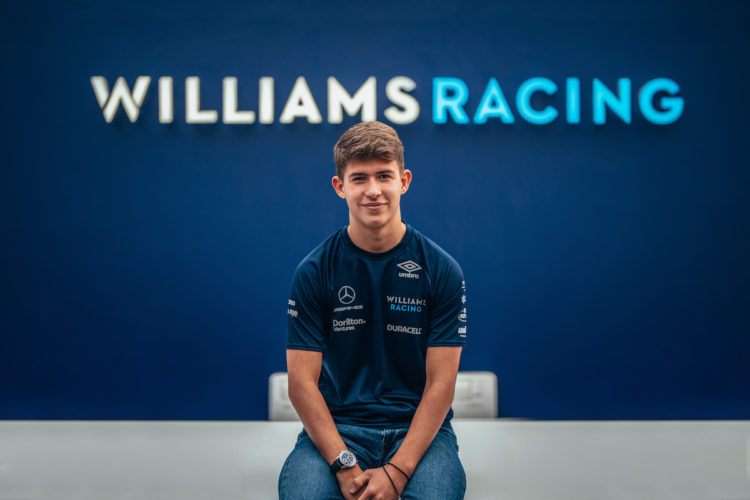 Williams has announced the latest signing to its Formula 1 driver academy, signing a deal with Briton Oliver Gray.

Prior to his 2021 campaign, Gray impressed in karting, taking a number of Motorsport UK and British Kart Championship titles at the X30 Junior level, as well as vice-champion honours in the IAME Euro Series in 2019.

This year, he will race once again in British F4, linking up with Carlin after spending last year competing for Fortec Motorsports.

“Today is a special day in my career as I can officially say I am part of Williams Racing,” Gray said.

“Williams is a team with so much history and success in Formula 1 and I hope to one day be able to add to that.

“As I begin working with the team, my immediate goals are to develop as a driver both on and off the track, as well as focus on my 2022 season; I can’t wait to get started.

“There are lots of people who have played a role in my motorsport career so far and I would like to thank everyone, particularly Sven [Smeets], Jost [Capito] and the team at Williams Racing for their belief in me.”

Gray is the second new addition to the Williams academy this year following last month’s announcement that Zak O’Sullivan had joined the programme.