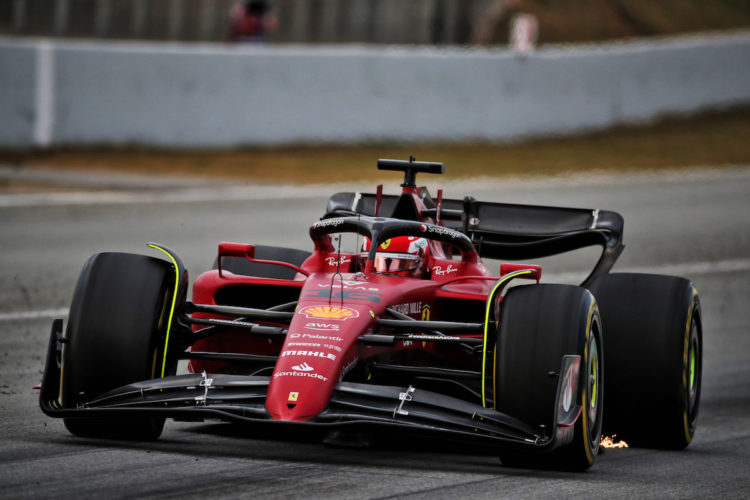 Charles Leclerc says that the porpoising effect that was spotted at pre-season testing in Barcelona last month made him feel “a little ill”.

This year, F1 cars have been constructed under a new set of technical regulations, with ground effect returning as a method to create downforce.

At testing two weeks ago, the bizarre porpoising phenomenon was spotted, with cars aggressively bouncing on the straights as they reached top speed.

Leclerc likened the sensation to turbulence on an aeroplane, admitting that it made him feel sick.

“It feels like turbulence on an aeroplane, going up and down the whole straight,” Leclerc said.

“I think one of the videos that F1 posted shows this phenomenon quite well, and I can’t say it feels nice. It makes you a little bit ill, but it’s OK.

“It’s still very early days for this project. So it feels like it’s an issue that everyone has in the paddock more or less but in this paddock all the best engineers of the world are here so I’m pretty sure that we’ll find a solution soon.”

Ferrari Team Principal Mattia Binotto stated in Barcelona that he was expecting the cars to bounce on the straights this year, but says the Italian squad “underestimated” how much of a problem it would be.

“When you’re setting these cars up with the ground [effect] floor, the situation it’s different,” he said.

“It’s a learning process. I think that solving it can be quite straightforward. Optimising the performance, because it should not be a compromise, you should try to avoid the bouncing by getting the most of the performance of the car.

“But that could be a less easy exercise. I am pretty sure that at some stage the team will get to the solution.

“How long it will take? The ones that will get there sooner will have an advantage at the start of the season.”