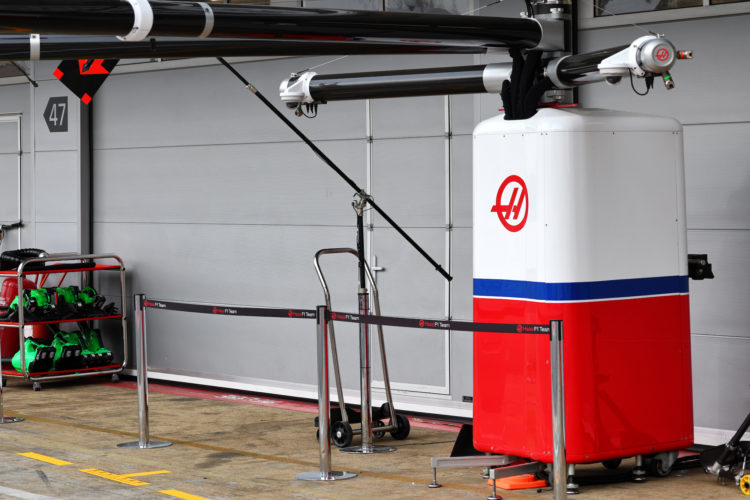 The Haas Formula 1 team could be forced to miss the opening day of pre-season testing in Bahrain this week due to cargo delays.

As reported by German publication Auto Motor und Sport, Haas’ two cars and spare parts are stranded in the UK as the plane that was scheduled to transport the equipment is stuck in Istanbul with technical issues.

It means that Haas’ set-up will arrive late in Barcelona, which could see it miss out on the first day of running on Thursday as it completes preparations.

AMuS says that Haas’ cargo isn’t expected to touchdown at the circuit until Tuesday evening at the earliest.

“We might be able to write off the first day of testing,” Steiner is quoted as saying by AMuS. “All other teams have a two-day lead in preparation.”

However, testing isn’t covered by a curfew which is enforced during the race season, meaning the team could work through the night to assemble its work area and cars when they arrive.

The development marks another setback for Haas’ 2022 preparations, after it confirmed last week that it had parted ways with driver Nikita Mazepin.

Reserve driver Pietro Fittipaldi is set to carry out driving duties for the team this week in Mazepin’s place, however he is not guaranteed to be the Russian driver’s full-time replacement.

On-track data of the new 2022 F1 cars is something that Haas is in need of after the Barcelona test, as there, it set the fewest number of laps out of all teams.

The American-owned squad tallied 160 laps throughout the three days of action in Spain, 279 fewer than Ferrari, who clocked the most mileage.

However it is believed that should Haas be forced to skip the opening day of action this Thursday, it will be allowed to take its car onto the track on Sunday, after the test ends, on the grounds of force majeure.