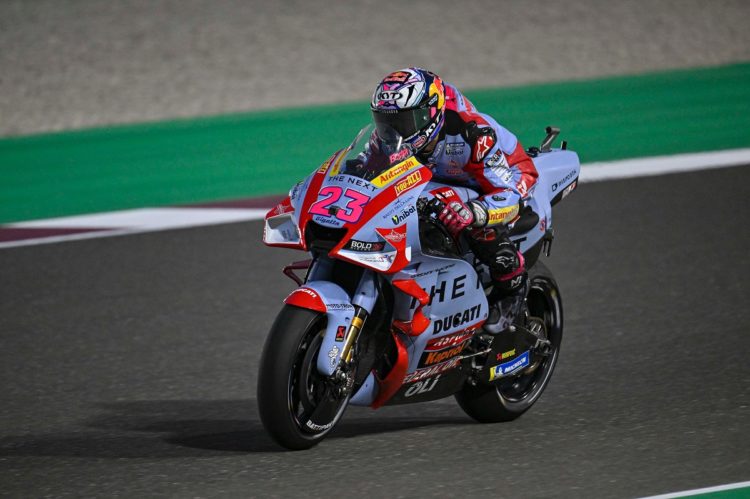 Enea Bastianini scored an emotional first MotoGP win – Gresini’s first in 16 years – with a formidable display in the Qatar Grand Prix at the Lusail International Circuit.

The Italian dropped to fourth from second on the start – later becoming fifth after being passed by a rapid-starting Joan Mir – as Honda duo Marc Marquez and Pol Espargaro moved to the head of the field, Espargaro taking the lead by the end of the opening lap.

The leading group of ten riders remained close across the opening third of the encounter before Bastianini started to move towards the front, soon dispatching Mir’s Suzuki before swiftly dumping Marquez from the rostrum positions.

Espargaro began to stretch his lead out as KTM’s Brad Binder began to fade slightly, Bastianini taking the opportunity to move into second – now with just 1.4 seconds separating him from the leading Honda with ten tours remaining.

He edged towards the Spaniard before arriving on the rear wheel of the RC213-V with just a few laps to go, Bastianini utilising his Ducati’s commanding power to blast past Espargaro on the run to Turn 1 – the Honda ace gifting him a comfortable lead instantly after out-braking himself and running wide, also dropping to third behind Binder.

The South African had managed to find a second wind and charged towards Bastianini over the final couple of circulations, though he would come up short and leave the 2020 Moto2 world champion to storm across the line to record his first ever premier class success by 0.346s.

Gresini’s emotional win is also the first since the death of its founder Fausto Gresini last February, and its first since splitting with Aprilia at the end of the last season and becoming a Ducati customer outfit on an independent basis.

Following the impressive Binder home to complete the rostrum would be Espargaro – who gives the all-new RC213-V a podium in its first outing – with Aleix Espargaro a strong fourth on his Aprilia.

Marquez struggled for speed in the closing stages but still salvaged a top five ahead of Mir, with Alex Rins grabbing a distant seventh on the sister GSX-RR.

Johann Zarco meanwhile recovered from a disatorus start – the Frenchman running as low as 18th early on – to steal eighth from countryman Fabio Quartararo on the run to the line, the Yamaha man visibly frustrated with his M1 after taking the chequered flag.

Aside from Bastianini’s success Ducati suffered an otherwise tumultuous day with three of its four GP22 machines retiring from the event, Jack Miller retiring early with a technical issue while early title favourite Francesco Bagnaia crashed at Turn 1 while trying to overtake Pramac man Jorge Martin, the Italian taking the pole-man with him into retirement.

Marco Bezzecchi looked to be on for a strong debut run early on for VR46 before crashing out at the final bend, while Miguel Oliveira and Alex Marquez found themselves further victims of Turn 1. 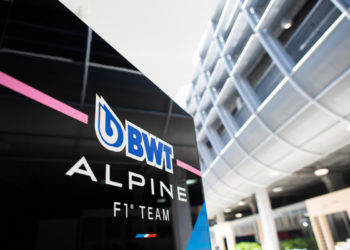