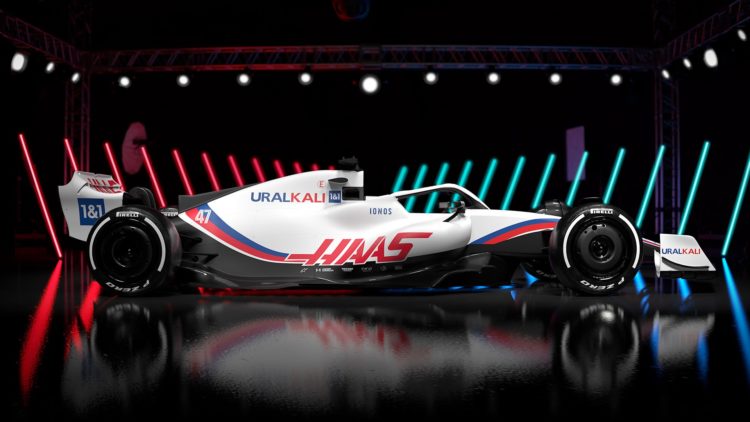 The American Formula 1 team is backed by Russian billionaire Dmitry Mazepin, who is a close friend of Russian president Vladimir Putin. Mazepin’s son, Nikita, drives for the team and last year it ran a Russian-themed livery, which it carried over to the 2022 season.

The Haas car used the red, white and blue livery for the opening two test days in Barcelona, but on the third and final day, it stripped those colours off the car in response to Russia’s invasion.

F1 reacted by cancelling the Russian Grand Prix and later terminated its contract. The FIA stopped short of banning Russian and Belarusian drivers from competing in FIA-sanctioned events, instead it permitted them to compete in an “individual and neutral capacity”.

In an updated document circulated on Friday, the FIA agreed to further measures which ban the use of Russian symbols, colours and flags on a car livery, equipment and uniform, effectively banning the livery Haas launched their 2022 F1 car in.

In its statement, the FIA condemned Russia and Belarus for what’s happening in Ukraine.

“The FIA unequivocally condemns the Russian invasion of Ukraine, and the support provided by Belarus. The decisions of the WMSC represent the strong commitment of the FIA to stand in solidarity with the people of Ukraine, the Federation Automobile d’Ukraine, and all of those suffering as a result of the
ongoing conflict.”

Haas have yet to confirm if they will update their livery or run with the plain white branding seen in Barcelona on Friday. Meanwhile Mazepin’s future remains uncertain with the Russian driver already banned from racing at the British Grand Prix later this year.