Albon: Ability to follow through corners a ‘nice surprise’ 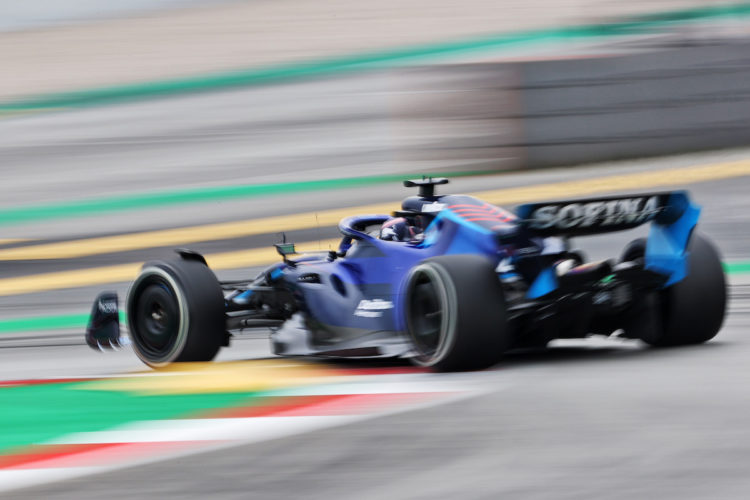 Alexander Albon has provided positive comments regarding the ability to follow cars through corners following the pre-season shakedown in Barcelona.

Formula 1’s new regulations in 2022 aim to allow the cars to race closer on the track, after an increase in dirty air made racing more difficult in recent years.

Albon has returned to F1 with Williams after spending the 2021 campaign on the sidelines, working with Red Bull as its test and reserve drivers.

Having experienced the fourth-most number of laps in the field in Barcelona, Albon says following cars through corners appears to have become easier.

“How well we can follow – that’s been pretty surprising,” Albon said.

“It’s a nice surprise and it’s something which takes a bit of getting used to because the effect of following is… as you gain almost a memory from what you can and can’t do when you’re a certain distance from a car, how to back off, you learn the limits of following and that’s being recalibrated a little bit.

“I haven’t spent many laps behind other cars but you can tell it’s improved greatly and that’s great for the sport. Hopefully, it will translate well.”

However, there is also a belief from Albon that the slipstream effect down the straights has been reduced.

His comments come after George Russell also raised concerns over the strength of the tow while following a rival car in a straight line.

“We will see how it is with overtaking down the straights because my initial feeling is the tow effect might be a little bit less but we will have to see,” Albon said.