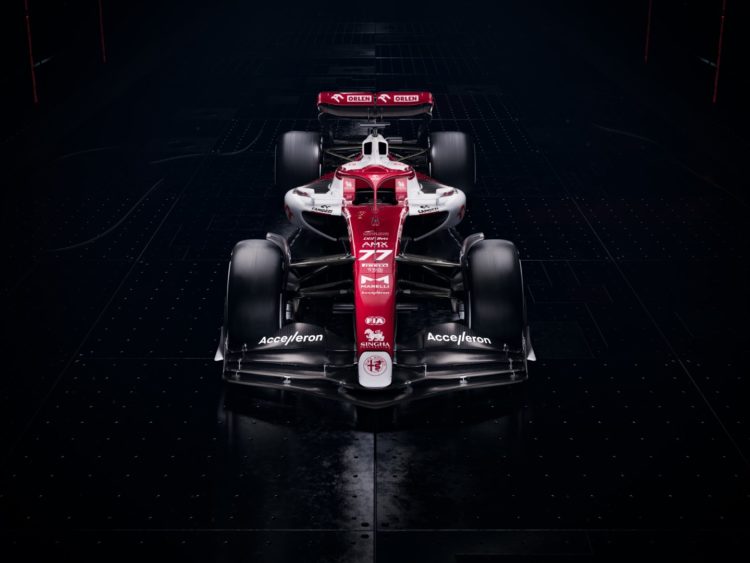 Finishing seventh in this year’s Formula 1 standings is “a decent target” for Alfa Romeo in 2022, according to team boss Frederic Vasseur.

Alfa Romeo became the final team to officially unveil its 2022 car, the C42, when the covers were taken off its new livery for the upcoming campaign on Sunday.

Alfa Romeo slipped to ninth in last year’s standings, after three years of classifying eighth, and has not finished higher since 2013, under Sauber, when it was seventh.

“The most important thing is to improve, always to improve and close the gap with the best ones on the grid,” said Vasseur.

“You can have different KPIs in terms of performance, but for sure we are fighting for the championship and, at the end of the day, the final target is to improve the championship position.

“We had a disappointing season last year with P9 and we want to do much better this season, but I also want to close the gap in terms of pure performance – because this is the reality of the job of the people back at the factory.

“If it comes to numbers, I would say that P7 would be a decent target.”

Vasseur is wary that sizeable progress is only likely in the long-term but is hopeful the strategy approached in 2021, as well as the cost cap, will pay off for Alfa Romeo.

“It’s the first time we are developing and producing a car under the cost cap regulation,” he said.

“Of course, I think the big teams will probably retain an advantage, so we have to be realistic.

“It very often feels the same when you start a season: the first day is like the first day at school, you want to see who will be sitting next to you, but this one is even more exciting.

“We know that we stopped our development quite early last year, and that we were fully focused on 2022, so we want to see if we can reap the rewards of that decision.”