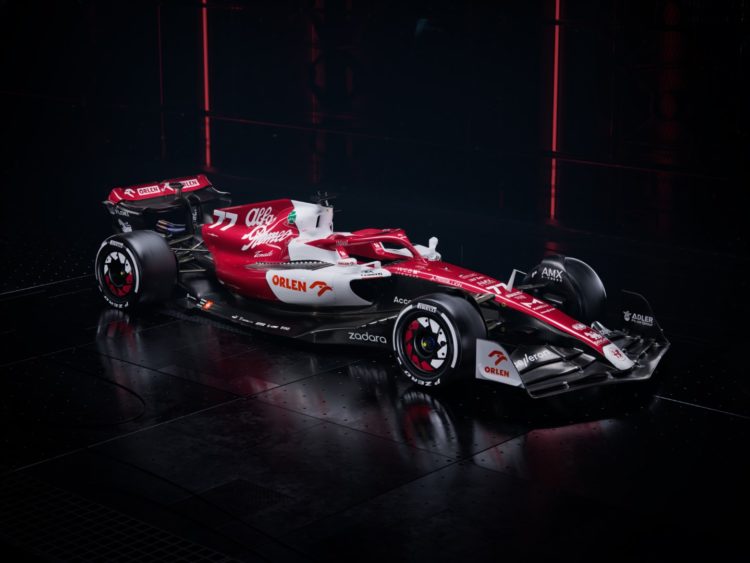 Alfa Romeo has formally presented its new-look Formula 1 car for the 2022 season, the C42, as it bids to move up the standings.

On Sunday it presented its striking scheme for the upcoming campaign, retaining Alfa Romeo’s red and burgundy, but in a different style to the design it has used since 2018.

Alfa Romeo, which recommitted its involvement for 2022, will enter the new season as the only team on Formula 1’s grid with an overhauled driver partnership.

Valtteri Bottas and Guanyu Zhou have taken the seats vacated by the retired Kimi Räikkönen and Antonio Giovinazzi.

Bottas, twice a runner-up in the championship and a victor of 10 grands prix, joins Alfa Romeo on a multi-year deal following five seasons with Mercedes.

Zhou steps up as Formula 1’s first Chinese racer, after three seasons in Formula 2, the culmination of a junior career that included stints at the Ferrari and Alpine academies.

Robert Kubica, who deputised for Räikkönen at two races in 2021, remains on board as reserve driver, in conjunction with Alfa Romeo’s title sponsor Orlen.

Alfa Romeo’s C42 will once more be powered by Ferrari engines.

The squad endured a sketchy start to pre-season testing in Barcelona last week, managing more laps than only Haas, as it ran its C42 in a camouflaged livery.