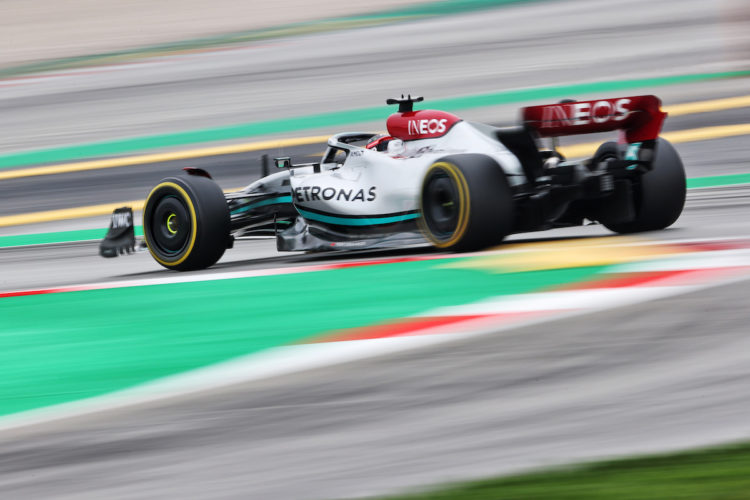 George Russell ended the final morning session at the pre-season testing shakedown in Barcelona on top of the timesheets, setting a 1:19.233s.

The session was heavily disrupted, with a total of five red flags being deployed throughout the four hours of running.

Fernando Alonso stopped on track within the first 60 minutes with his Alpine car smoking heavily. The team diagnosed a hydraulics problem, which led to a fire.

Alpine will not return to the track this afternoon, managing just 12 laps for the final day before Bahrain’s test in two weeks.

Pierre Gasly went off the circuit at Turn 5 and caused another red flag, while Alfa Romeo rookie Guanyu Zhou stopped twice on the road in quick succession.

The final stoppage, which ultimately caused the session to end early, was the Aston Martin of Sebastian Vettel.

Williams’ Nicholas Latifi was fifth fastest, but managed only five laps during the session.

Lando Norris was sixth, in front of Alonso and Zhou, while Gasly and Alexander Albon rounded out the top ten.

Nikita Mazepin was 11th and last on the timesheet, as his future with Haas has been thrown into doubt following Russia’s invasion of Ukraine.

Haas confirmed on Thursday evening that it would conduct Friday’s test day without the branding of title sponsor Uralkali, while also switching to a plain white livery.