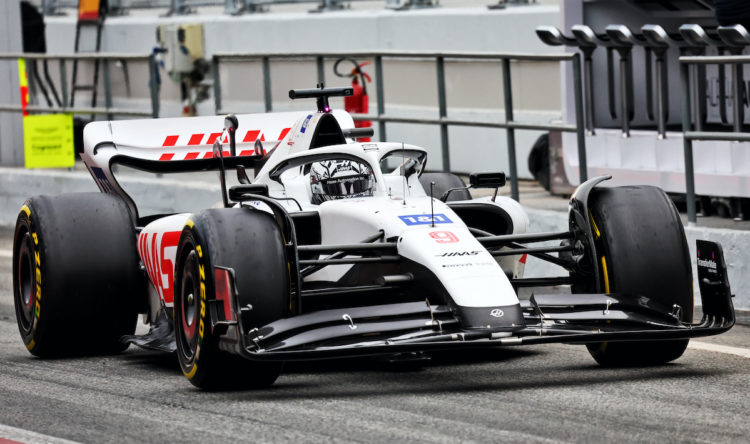 Haas revealed a plain-liveried VF-22 on Friday during the final day of the first pre-season Formula 1 test at Barcelona.

The team, which is sponsored by Russian company Uralkali, owned by Russian driver Nikita Mazepin’s family, issued a statement on Thursday evening confirming it would remove the sponsor from its car, as well as the colours of the Russian flag, which adorned the front and rear wing as well as other parts of the car.

The decision was taken after Russia initiated an invasion on Ukraine on Thursday.

NATO countries have responded by placing sanctions on Russia, as well as many Russian businessmen, restricting their travel. It’s not known if this could have an impact on Mazepin later in the season.

Mazepin’s media session on Thursday was cancelled, as was the conference with Haas Team Principal Guenther Steiner, however a press conference has been scheduled with the team boss on Friday afternoon.