Formula 1: Impossible to race in Russia in current circumstances 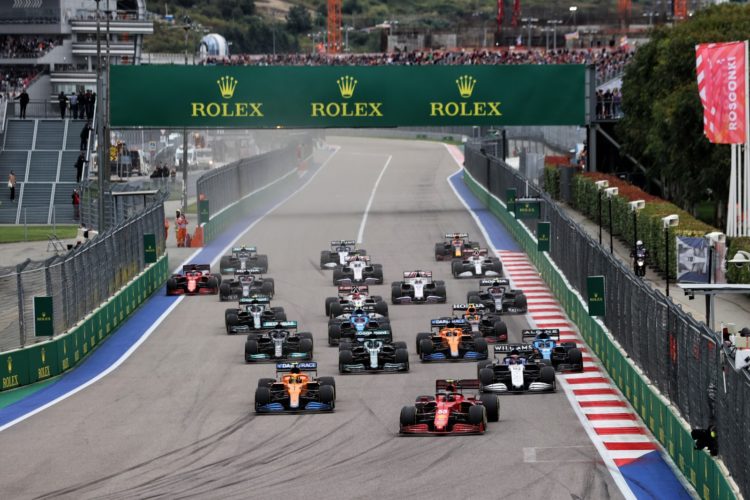 Formula 1 says it is impossible to race in Russia under current circumstances, in the aftermath of the country’s invasion of Ukraine.

The Russian Grand Prix is scheduled to be held from September 23 to 25.

Formula 1’s Russian Grand Prix has been held annually, since 2014, at Sochi Autodrom, a street-based facility around the former Winter Olympics venue.

This year’s round is set to be the last at the circuit ahead of its move to Igora Drive, near St. Petersburg, from 2023.

“The FIA Formula 1 World Championship visits countries all over the world with a positive vision to unite people, bringing nations together,” read a statement.

“We are watching the developments in Ukraine with sadness and shock and hope for a swift and peaceful resolution to the present situation.

“On Thursday evening Formula 1, the FIA, and the teams discussed the position of our sport, and the conclusion is, including the view of all relevant stakeholders, that it is impossible to hold the Russian Grand Prix in the current circumstances.”

Haas has removed Uralkali’s branding from its VF-22 during Friday’s test day and the car is running in an all-white livery.

Uralkali’s logos have also been removed from Haas’ motorhome and team trucks.

Uralkali, operated by Mazepin’s father Dmitry – who is aligned with Russian President Vladimir Putin – joined Haas as its title partner for 2021, along with the recruitment of Nikita.

Haas is set to assess the situation next week; Mazepin’s future remains uncertain owing to the developing situation in Ukraine, amid the prospect of economic sanctions on Russian companies and potential visa restrictions on its citizens.

Russia has also banned UK-based aircraft from using its airspace and from landing in its territory.