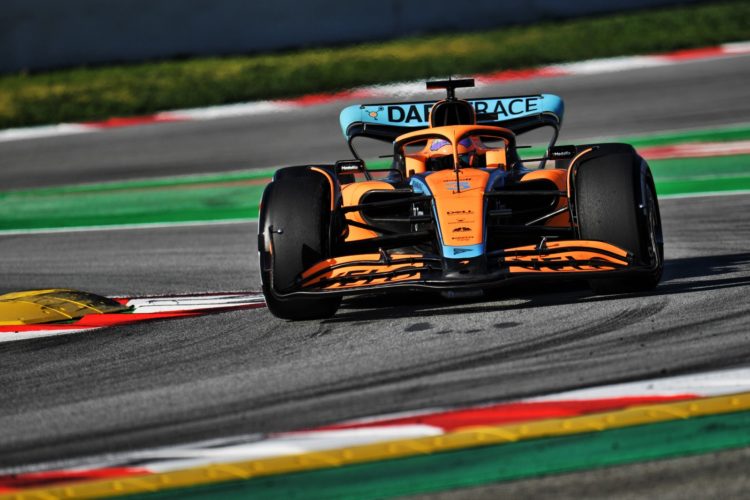 Ricciardo set a time of 1:20.355s to finish a couple of tenths clear of Ferrari driver Carlos Sainz.

Sainz was the most productive driver as he completed 71 laps aboard the F1-75.

It was another relatively smooth four-hour session for the majority of teams with just a solitary red flag.

That came during the last hour when Sergio Perez’s Red Bull stopped in the final sector.

Perez’s car was swiftly recovered and running was able to resume for the final 15 minutes.

Mick Schumacher accrued valuable mileage for Haas on a day in which off-track developments continue to court attention amid the escalating Russia-Ukraine crisis.

Alfa Romeo’s sluggish start to the season continued as Valtteri Bottas amassed only 21 laps, the least of any driver, following on from a difficult start on Wednesday.

Bottas conceded after Wednesday’s running that Alfa Romeo had endured a compromised start due to several issues, with tester Robert Kubica completing just a handful of laps.

It means that at the halfway stage of the test Alfa Romeo has completed only 53 laps, a tally several teams had surpassed after Wednesday morning.

Sole 2022 rookie Guanyu Zhou is set for his first taste of the C42 during the afternoon session.