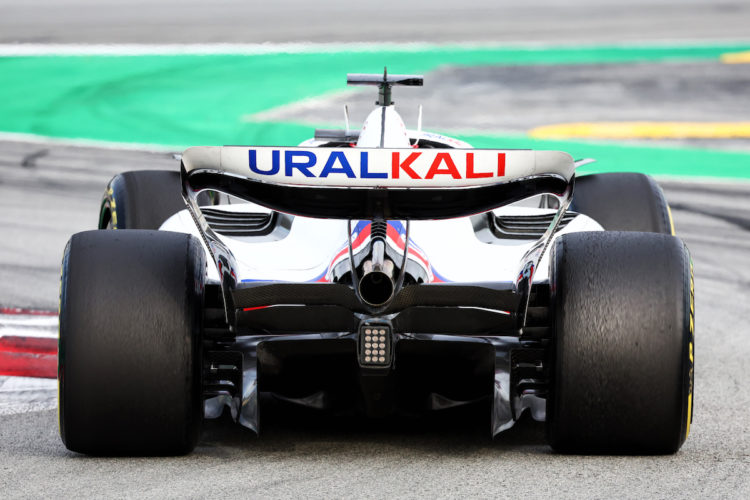 Uralkali, the Russian potash fertiliser company which is the title sponsor of the American-owened squad, will also have its branding stripped from the VF-22 car for the final day of running at the Circuit de Barcelona-Catalunya.

The announcement comes after Russia initiated an invasion on Ukraine on Thursday.

Sanctions have been placed on Russia from nations around the globe, with many world leaders condemning the invasion.

Uralkali is owned by Russian businessman Dmitry Mazepin, with his son Nikita racing for Haas since 2021.

Mazepin’s media session on Thursday was cancelled, as was the conference with Haas Team Principal Guenther Steiner.

Haas has confirmed that Mazepin will still drive as normal on Friday, as he shares testing duties with Mick Schumacher.

The 2022 Russian Grand Prix is also in doubt, with teams set to meet with F1’s CEO Stefano Domenicali this evening to discuss concerns. The race is due to be held in September.