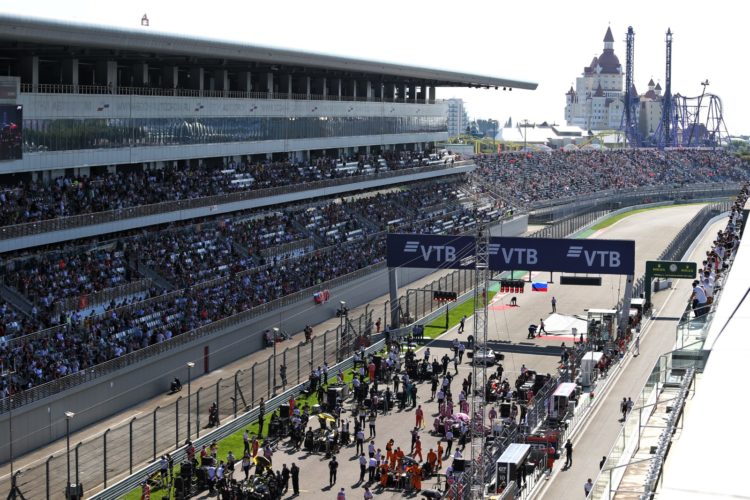 Formula 1 says it is monitoring the rapidly developing situation in the wake of Russia attacking Ukraine early on Thursday morning.

The situation between the two nations has been deteriorating in recent months but on Thursday Russian troops launched a series of assaults on major cities.

Formula 1 has visited Russia annually since 2014 and this year’s race at Sochi – scheduled to be the last before moving to St. Petersburg in 2023 – is listed for September 25.

The race at Sochi is funded by the Russian government, with President Vladimir Putin having visited the event on occasion.

On Thursday Formula 1 issued a statement outlining that it is “closely watching the very fluid developments like many others” and will continue to do so.

The situation also has potential impact on Haas and its title sponsor Uralkali, and Russian driver Nikita Mazepin.

It is anticipated that the European Union and the United States, as well as the United Kingdom, will impose massive economic sanctions on Russia.