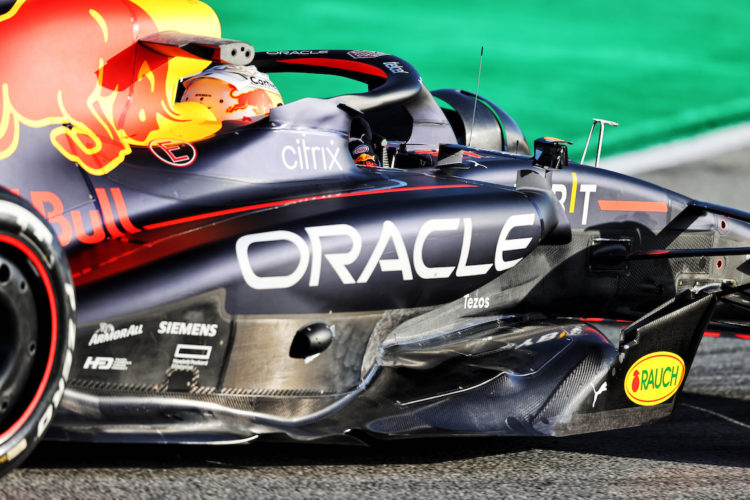 Red Bull’s 2022 Formula 1 car, the RB18, made its first appearance at the pre-season shakedown in Barcelona on Wednesday.

The energy drink-backed squad held a launch for the car earlier this month, however its livery was revealed on a show car produced by F1.

Red Bull conducted a shakedown of the car at Silverstone ahead of pre-season testing, but no imagery of the run was made public.

Max Verstappen debuted the challenger in the first official F1 session of the year on Wednesday morning, with his new number ‘1’ attached to the front and side of the car.

There was notable interest in the sidepod of Red Bull’s 2022 car, which features a large undercut, while the diffuser also sparked intrigue.

Verstappen and Red Bull enter the year looking to defend their Drivers’ title from 2021, when Verstappen bested rival Lewis Hamilton at the final race in Abu Dhabi.

Sergio Perez is expected to jump into the car in the afternoon as he prepares for his second campaign with the team.