Leclerc quickest for Ferrari as F1 testing begins in Barcelona 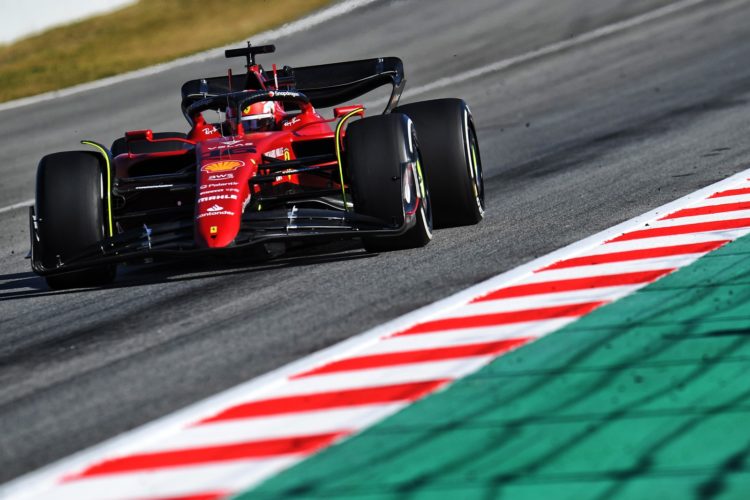 Leclerc posted a time of 1:20.165s to finish three-tenths of a second clear of McLaren driver Lando Norris.

Fernando Alonso was seventh for Alpine, in front of Williams’ Nicholas Latifi.

The best times were around four seconds off the fastest achieved at last year’s Spanish Grand Prix.

Wednesday morning’s four-hour session, which took place in cool and sunny conditions typical for February, marked the first time all 10 teams shared a track in 2022.

However each team had already run their respective new cars in advance of Wednesday’s opening session, with Alpine the final team to do so on Tuesday.

No TV footage has been made available of this week’s test though live timing is being supplied.

Of greater interest than pure times is the mileage amassed by teams.

It was a remarkably smooth opening four hours to the season as the session ran green throughout, with no stoppages or major incidents of note.

It was last year’s top three team that led the way, with the two bottom teams from 2021 at the foot of the mileage charts.

Leclerc and Verstappen both completed a session-best 80 laps while Russell also had a productive morning as he completed 77 laps.

Russell is due to hand over the W13 to Lewis Hamilton for the afternoon action.

At the other end of the spectrum Haas’ Nikita Mazepin racked up just 20 laps aboard the VF-22, having lost time due to a cooling leak, while Alfa Romeo tester Robert Kubica amassed only nine laps.

They finished at the foot of the 10-driver classification.

Alfa Romeo is running its Ferrari-powered C42 in a camouflage livery ahead of the unveiling of its full design on Sunday morning.