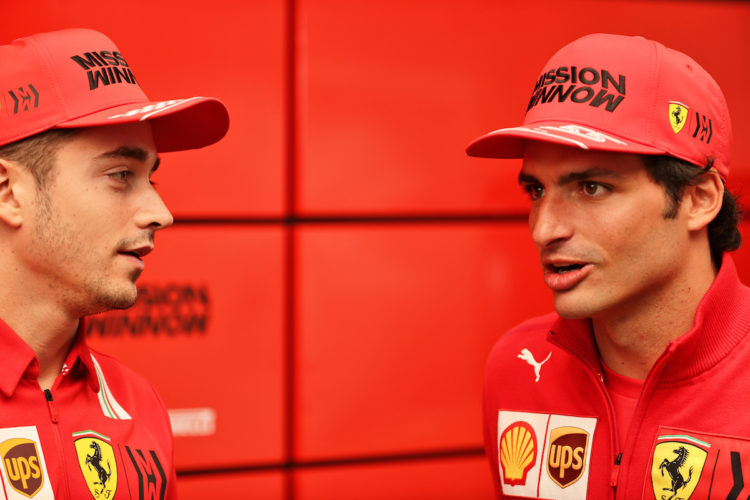 Ferrari’s Charles Leclerc admits that it “hurt” to finish behind team-mate Carlos Sainz at the end of the 2021 Formula 1 World Championship.

Last year was Leclerc’s third season with the Italian squad, while Sainz joined for his first after stints at Toro Rosso, Renault and McLaren.

Leclerc ended the campaign seventh in the Drivers’ Championship, two positions and five and a half points down on Sainz.

“Of course it hurt,” Leclerc said. “It hurts for every driver, I would lie if I say it doesn’t.

“As soon as you finish behind your team-mate , whether it’s in the championship or in one race, it always hurts, you always want to beat your team-mate.”

However, Leclerc asserts that he remains pleased with his 2021 campaign, and has pledged to learn from mistakes he made last year.

“At the same time, was I satisfied with my 2021 season? Yes, I was, but there were also opportunities that I lost,” he said.

“Sometimes by not being lucky, some others because of myself, just wanting too much, and I’m learning from it.

“I think one of the big strengths of Carlos is being there all the time and in every race he’s always there, always, always there.

“Myself, I can sometimes be too optimistic and last year this happened a few times and it cost me some points, so at the end I paid the price, but I learned the lesson.

“It hurts but I go forward, now that’s in the past. Again, as I said, it hurts at the moment but when I look at the past season, I’m satisfied with myself.”