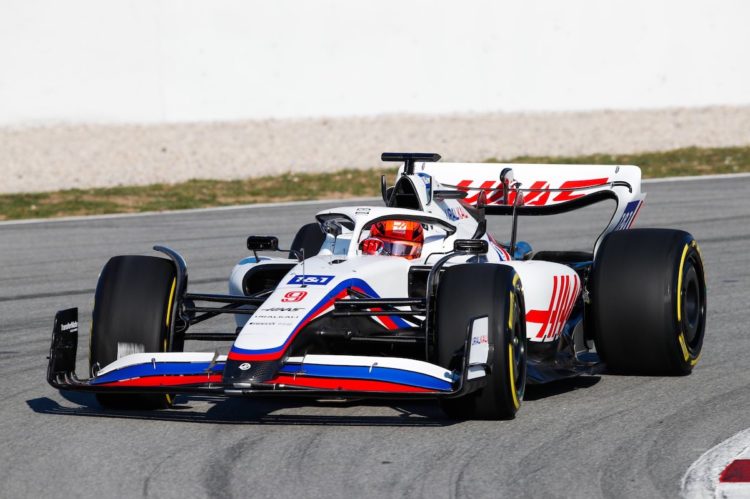 The Haas Formula 1 team has conducted a shakedown of its 2022 car in Barcelona, the VF-22, ahead of pre-season testing later this week.

As outlined by the regulations, teams are permitted two filming day runs per season, with running restricted to 100km.

Pirelli’s demonstration tyres must also be used in the run.

Most teams have held shakedowns ahead of pre-season testing, which gets underway on Wednesday, February 23 in Barcelona.

Haas was the first F1 team to unveil its new car earlier this month, which has been built under a new set of technical regulations.

The American-owned squad endured a difficult 2021 campaign, spending much of the year positioned at the very back of the field.

Haas focused most of its resources last year on developing its 2022 car, which it hopes will propel it forward and back into contention for point-paying positions.

The team last recorded a point at the 2020 Eifel Grand Prix at the Nurburgring, when Romain Grosjean drove to a ninth place finish.

The car will be driven once again by Mick Schumacher and Nikita Mazepin, who both enter their second years in F1.