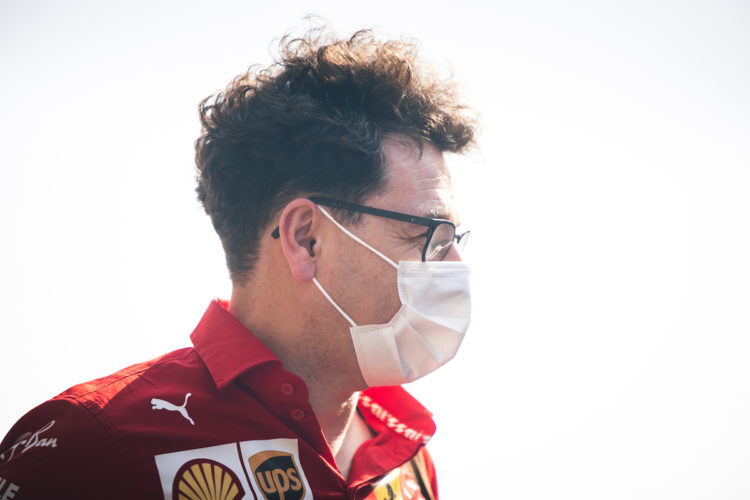 Ferrari Team Principal Mattia Binotto says the team’s goal for the 2022 Formula 1 season is to return to winning grands prix.

The Italian squad has not stood atop a podium since the 2019 Singapore Grand Prix, when Sebastian Vettel beat former team-mate Charles Leclerc to victory.

Ferrari endured a difficult 2020 campaign, competing in the midfield pack and ending the season fifth in the Constructors’ Championship.

However, it made improvements for 2021 and won out in its battle against McLaren for third place in the standings.

With new technical regulations coming into play, Ferrari’s F1-75 car design caught the eye of many at its launch earlier this week.

Binotto says the team is hopeful that it can be competitive once again this year and end its win drought.

“I think we’ve got a clear ambition and that is, a Ferrari ambition, my ambition, the drivers’ ambition, and that we need to become world champion,” Binotto said.

“But we know as well how difficult it is to close the gap to the best. Last year, at the end of the season, the gap was still very big.

“I think our goal for 2022 is certainly to be competitive. What competitive means is being capable of winning races.

“I think that’s the way we see it at the moment. And I think we would be pretty happy if we would be in that position.”

Ferrari completed a demo run of its 2022 F1 car at Fiorano on Friday, with running restricted to 15km.

However, it will be able to gather further information prior to the start of pre-season testing next week, as it will take to the track in Barcelona for a shakedown on Tuesday, February 22.