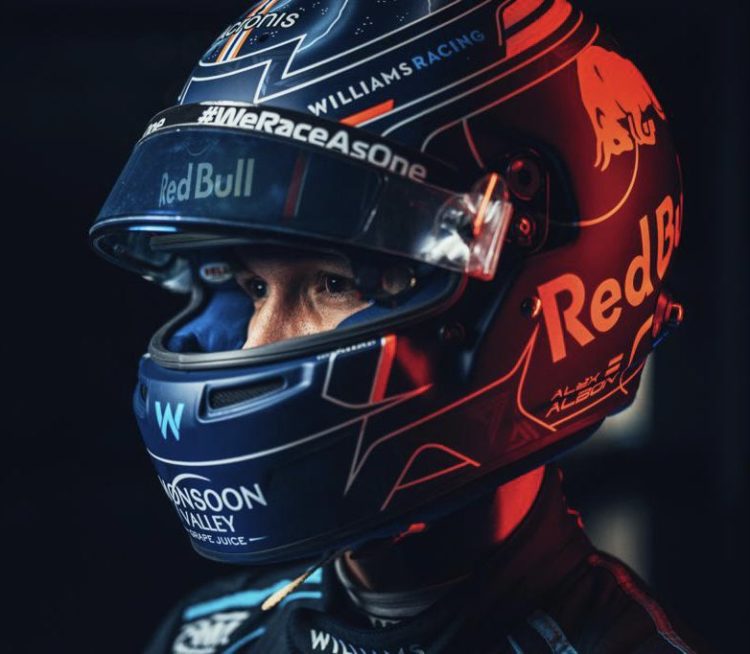 Alexander Albon has revealed the helmet that he will wear for the 2022 Formula 1 season.

Albon has signed with Williams for the upcoming campaign, having spent the 2021 campaign as Red Bull’s reserve driver.

The Thai-British driver spent two seasons in the sport racing for Toro Rosso and Red Bull, taking two podiums during the 2020 season.

However he was dropped by the energy-drink backed outfit for 2021 and replaced by Sergio Perez.

Despite securing a return to the grid with Williams, Albon has retained his ties with Red Bull, whose logos feature prominently on his new helmet design.

The main colour of the helmet is the shade of blue that Williams is using for its 2022 car, while the Thai flag is also prominent in the livery.

Williams enters the year having enjoyed its most successful season in the sport since 2018 last year, returning to the points on several occasions.

As it looks to progress forward even further in 2022, Albon says it’s impossible to know where the team will place due to the new technical regulations that are coming into play.

“In terms of goals, it’s very hard to quantify it in such a new regulation. It feels like a fresh start for everyone,” he said.

“So in terms of putting us in a position on the grid it’s very hard to say but I would say, if we can start the year on a strong foot and see how we go there, I feel like if we can finish the season better than how we started it, that’s very positive.