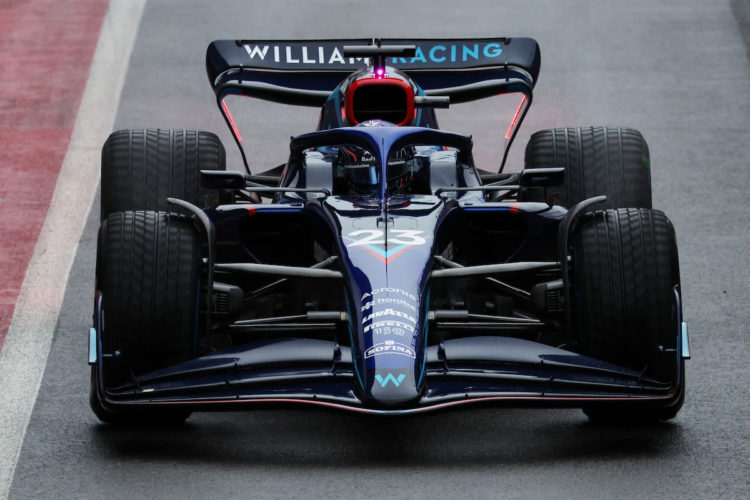 Alexander Albon says that he is expecting to endure visibility issues at certain tracks during the upcoming 2022 Formula 1 season.

F1 is introducing 18-inch tyres for the year, as well as a new set of technical regulations relating to the car’s aerodynamics.

Deflectors above the tyres are present this year as part of the new car design, including on the new Williams FW44, which was launched earlier this week.

The car had its initial shakedown following its public reveal, taking to the Silverstone track on Tuesday.

Albon believes that at street circuits, when the driver isn’t looking ahead into the distance, drivers will be forced to deal with a lack of visibility.

“[At the FW44 shakedown] we had kind of the worst of it [visbility], a dark, gloomy, wet day at Silverstone,” Albon said.

“But it wasn’t too bad. I think we’re going to struggle more when we go to street tracks, when we come towards Monaco, Baku, Jeddah, that’s going to be the tricky ones.

“Because on open tracks, you can see far ahead of you. With the blind spots of the tyre and the deflectors it takes away a lot that immediate view, kind of as you’re looking into the corner.

“So what you end up doing is you’re looking actually further around the corner, which on a street track past a wall, there’s only more wall. So you can’t see much around it.

Albon is returning to F1 this year with Williams, having spent the 2021 campaign as Red Bull’s test and reserve driver.