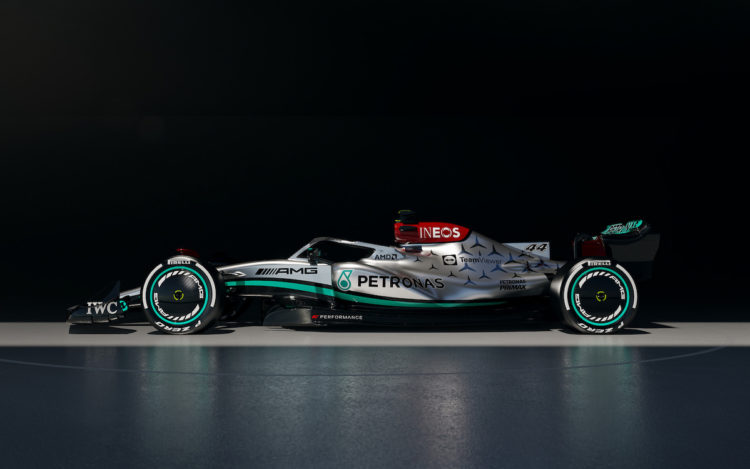 Mercedes has unveiled the car with which it hopes to contend for a record-extending ninth successive Formula 1 world title.

Mercedes has not been beaten to the Constructors’ Championship since 2014 though last year faced a season-long battle against Red Bull Racing.

Mercedes has reverted to its traditional silver livery for 2022 after two years running a predominantly black car, in response to anti-racism and pro-inclusivity movements.

The team is entering the new campaign with a partially revised pairing of Lewis Hamilton and George Russell, forming an all-British line-up.

Seven-time champion Hamilton joined Mercedes in 2013 and is contracted to the manufacturer through 2023.

Russell has been part of Mercedes’ junior scheme since 2017 and has spent three years racing in Formula 1 for Williams, alongside a one-off outing for Mercedes in Bahrain in 2020.