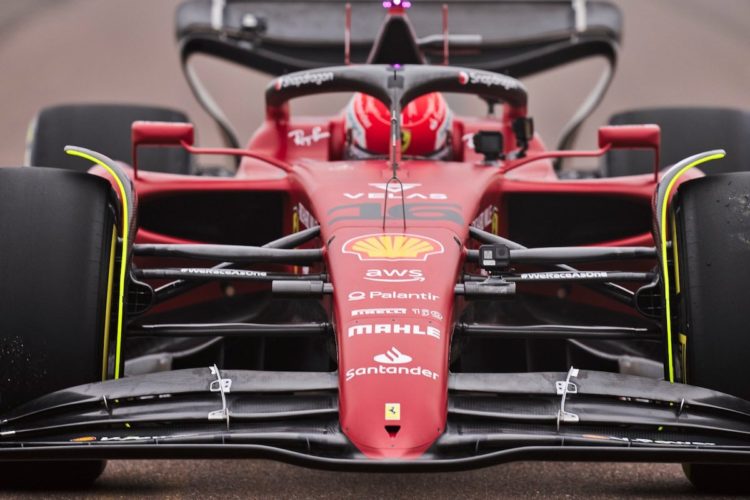 Ferrari’s 2022 car, the F1-75, has hit a race track for the first time after its official launch on Thursday.

The car was driven around Ferrari’s Fiorano circuit on Friday, with Charles Leclerc behind the wheel.

As per the regulations regarding a demonstration event, the car was limited to just 15km of running, which must be carried out on a circuit layout not configured for Formula 1 machinery.

Ferrari will take the car back out again for 100km of running in Barcelona, one day before the start of the opening pre-season test next week.

The Italian squad enters the 2022 campaign hoping to get back to winning ways, having last stood atop the podium at the 2019 Singapore Grand Prix.

It fields an unchanged driver line-up from last year, with Leclerc entering his fourth season with Ferrari while Sainz endures his second.

The F1-75 has been built under a new set of technical regulations, aimed at closing up the competition and allowing for better racing on the circuit.

Ferrari’s team boss Mattia Binotto believes it will take some time before drivers and engineers truly understand the behaviour of the cars.

“They are different in the way those two drivers will need to drive and the need to adapt and I think at the very start there will be a lot of lap time to be found in the way that we are learning and we are exploiting the performance of the car.

“I am expecting this will take a few races. I don’t think that will be to the best of the potential of the car in a single test so for us we will start to consolidate and keep the package for the start of the season.”