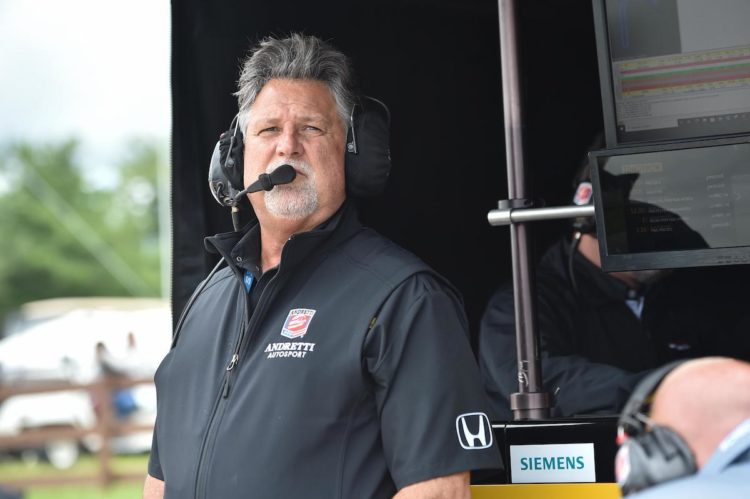 Michael Andretti has submitted an application to the FIA to form a new team on the Formula 1 grid, according to his father Mario.

Andretti was deep in talks with Sauber last year to take over the Alfa Romeo Formula 1 team.

However, the deal never came to fruition, with Andretti stating that last minute issues regarding control of the organisation forced him to walk away.

It is believed that had he completed the buyout, IndyCar’s Colton Herta would’ve formed one half of the team’s driver line-up.

Despite failing with his Sauber bid, Andretti asserted that he wouldn’t give up in his quest to bring his operation to F1.

It now appears that Andretti has set his sights on forming a new team for 2024, rather than taking over an existing outfit.

“Michael has applied to the FIA to field a new F1 team starting in 2024,” Mario wrote on social media. “His entry, Andretti Global, has the resources and checks every box. He is awaiting the FIA’s determination.”

Should the application be successful and should Andretti follows through with the formation of his team, it would bring the total number of cars on the grid to 22, which hasn’t occurred since 2016.

However, starting a new team from the ground up would be an expensive challenge for Andretti, as new outfits are required to pay a  $200 million “anti-dilution fee” on top of the necessities for operating an F1 squad.

Andretti’s presence on the grid would see two United States-based teams in F1, following Haas’ leap into the sport in 2016.

F1’s popularity in the US has increased dramatically in recent years. Last year’s US GP in Austin, Texas, is believed to be the highest attended F1 event in the sport’s history.

This year, a second race in the country will take place after Miami secured a long-term deal, and it believed that a race is being targeted in Las Vegas going forward.