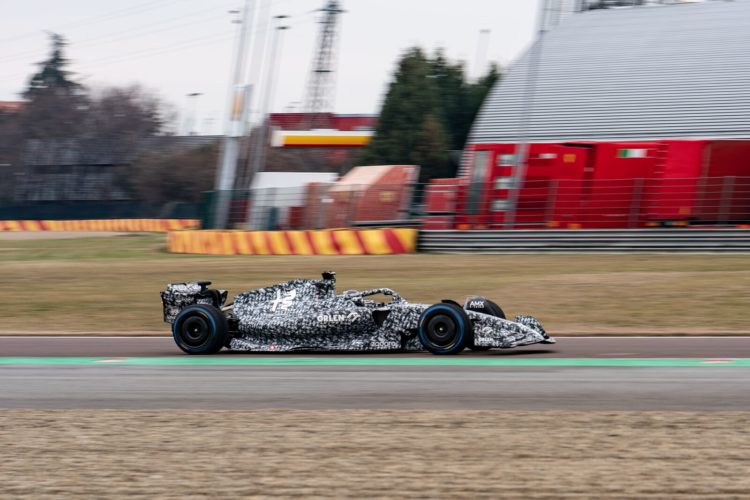 Alfa Romeo has provided a first glimpse of its 2022 Formula 1 car, the C42, during a shakedown at Ferrari’s Fiorano facility.

Alfa Romeo carried out a shakedown earlier this week but released photos of the car on Friday.

New recruit Valtteri Bottas got behind the wheel of the C42, with other senior personnel, including rookie team-mate Guanyu Zhou, in attendance.

The C42 ran in a camouflage livery ahead of its official launch on February 27.

It is set to continue in an interim scheme next week during Barcelona testing prior to the full livery being unveiled.

It means all bar three Formula 1 teams have now carried out shakedowns with their 2022-spec machines.

Mercedes tested its W13 in windy conditions at Silverstone on Friday while Ferrari overcame foggy conditions to run its F1-75 for a brief demonstration run.

Aston Martin ran last week while Williams shook down its car at Silverstone on Tuesday.

Red Bull Racing and AlphaTauri have also carried out shakedowns but these took place with no official imagery released.