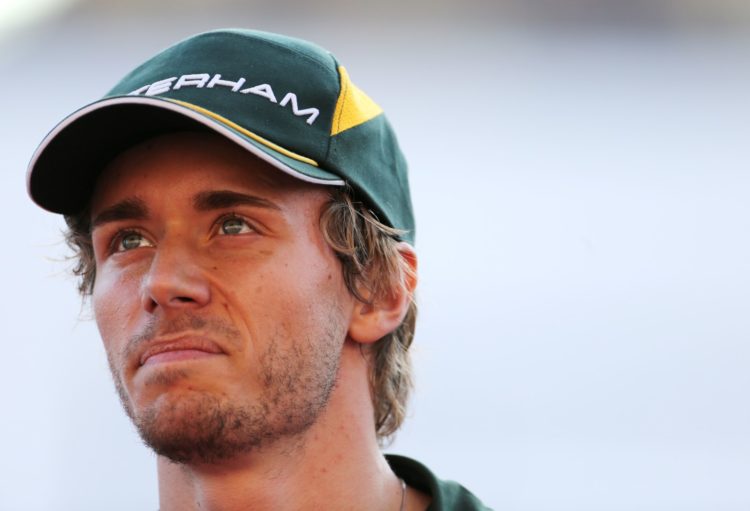 Former Formula 1 racer Charles Pic has taken over the DAMS squad that currently competes in Formula 2.

DAMS was founded by Jean-Paul Driot in 1988 and was kept in operation by sons Olivier and Gregory following his passing in 2019.

Pic, a close friend of the Driot family, raced in Formula 1 from 2012/13 for Marussia and Caterham respectively.

He was also on the books as Lotus’ reserve driver in 2014, becoming the first driver to sample 18-inch wheels during a demonstration run, ahead of their eventual introduction in 2022.

Pic, 32, has worked with family-run logistics firm Groupe Charles Andre in his native France since stepping back from active motorsport roles, with his last outing coming in Formula E in 2015.

DAMS will not alter its management structure or signed drivers for 2022, and will keep operating out of its current facility at Le Mans.

“I wanted to build something with DAMS and I do have a real hunger to develop a great sporting project,” said Pic.

“I am enthusiastic about finding and helping young talents on their journey to Formula 1. The desire for motorsport has never left me.

“I have a true desire to invest myself with DAMS on the long-term development strategy and to hopefully see that the outfit benefits from my experience as an F1 driver.

“There is already a proven group of people within the team, which is very well structured. The team was always independent and autonomous even when Jean-Paul was alive. I will attend race weekends and it will be very close to how it was in the past.”

“Today marks the end of a thirty-year-old era launched and made successful by Jean-Paul Driot,” said Michel.

“I am glad that Charles is the one to take over DAMS. He shares the same passion for the sport that Jean-Paul had.

“When Charles was last in our paddock, he was a driver on his way to Formula 1. His desire to be involved in Formula 2 has been well thought out, and his project for DAMS is aligned with the team’s thirst for success.

“The team has been and remains a driving force on our Formula 2 grid, with a lot of success and a knowledgeable group of people working hard to get back to the top of the field.”

DAMS also competes in Formula E in conjunction with Nissan and the Japanese marque is to fully acquire the team.