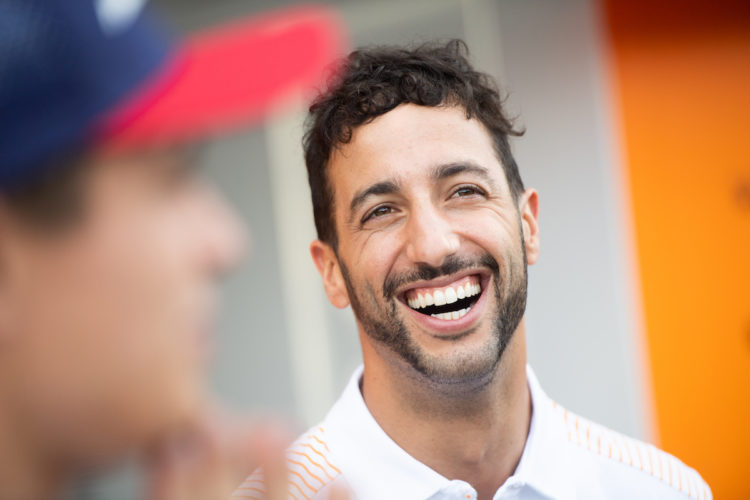 Daniel Ricciardo says he wants to appear more like a leader at McLaren in 2022 during his second season at the Woking-based team.

Ricciardo joined McLaren last year but struggled throughout much of the campaign and was often out-performed by team-mate Lando Norris.

Despite facing difficulties on the track at times during the year, Ricciardo says that behind the scenes, he was able to provide important feedback to McLaren.

“Even last year through my struggles there was still a lot of feedback I gave that Lando also was on board with,” Ricciardo said.

“Even if he was up the road he was still saying ‘Yeah, actually, I would love the car to be able to do that too’ and things like that. So I think we can still bounce off each other to better the team.”

Ricciardo ended the 2021 campaign eighth in the Drivers’ Championship, two positions and 45 points down on Norris.

With the sport beckoning in a new era this year under fresh technical regulations, Ricciardo says that he wants to once again be perceived as a team leader through strong results.

“It’s not to outshine Lando off the track, but it’s just I’ll always try and present myself as a leader,” he said.

“And in my 12th year now in Formula 1 I expect that from myself, to certainly give the team some guidance at the very least.

“I think that’s why I’m also excited with the new car and that, I’ll be like ‘This reminds me of this time back then’ or ‘This is how we attacked that issue’ or ‘Did that, so let’s think about trying to do it this way’.

“So I do look forward to the challenges ahead and hopefully my experience can be beneficial not only to myself but to McLaren as a whole.”