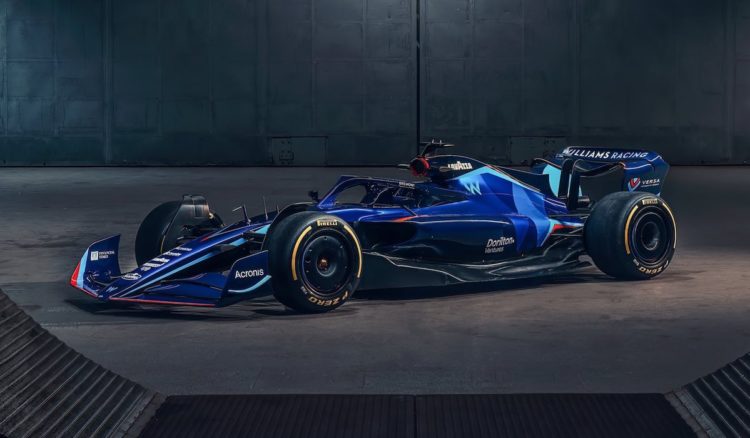 Williams has provided a first look at its 2022 Formula 1 challenger, the FW44, which features a revised striking blue livery.

Williams finished eighth in last year’s Constructors’ Championship, with 23 points, as it hauled itself off the foot of the standings after three miserable seasons.

Williams ended a near two-year points drought in Hungary and scored a shock podium at the rain-shortened Belgian GP, courtesy of George Russell’s heroics in qualifying.

With Russell having since moved to Mercedes Williams enters 2022 with a partially revised line-up of Nicholas Latifi and Alexander Albon.

Latifi joined Williams as its test and reserve driver in 2019, stepping up to a race position in 2020, and last year scored seven points.

Albon is preparing to return to a Formula 1 race seat after a year out, having spent 2021 as Red Bull’s reserve driver, alongside undertaking competitive action in DTM.

He previously raced for Toro Rosso and Red Bull across 2019/20, scoring two podiums, at Mugello and Sakhir.

The FW44, which is scheduled to run at Silverstone on Tuesday, is the first brand-new car for the team since the mid-2020 takeover by US firm Dorilton Capital.

Since then the outfit has undertaken personnel and structural changes, most notably the arrival in early 2021 of Team Principal Jost Capito, followed by Technical Director Francois-Xavier Demaison, and Sporting Director Sven Smeets.