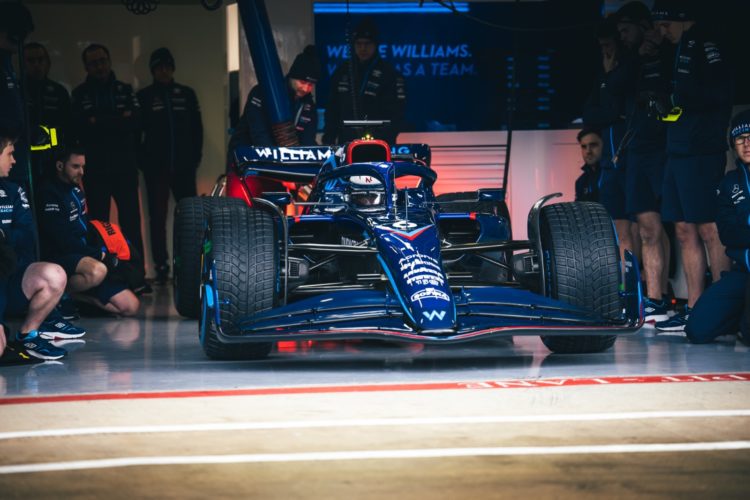 Williams’ 2022 car, the FW44, has run for the first time as part of a shakedown at Silverstone.

Nicholas Latifi got behind the wheel of the new machine in wet conditions at the home of the British Grand Prix.

A render of the FW44 – effectively Formula 1’s showcar – was presented on Tuesday before the real car broke cover a couple of hours later.

Alfa Romeo has also been in action on Tuesday, running its C42 at Ferrari’s test track Fiorano, in an interim camouflaged livery.

Aston Martin became the first team to run its 2022 package, the AMR22, at Silverstone last Friday.

As per Formula 1 regulations each team is permitted two days of 100km worth of running, officially labelled as a filming day, but more commonly referred to as a shakedown.