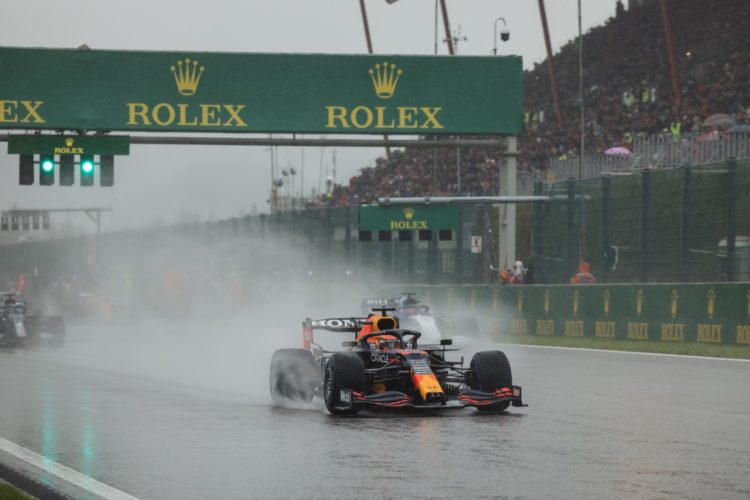 Persistent wet and gloomy weather at Spa-Francorchamps in 2021 meant Formula 1 was not able to run any racing laps on Sunday.

However three laps were completed behind the Safety Car, meeting the threshold for a race to have been undertaken, consequently satisfying the regulations.

Despite the results being taken back to the end of the first lap 50 per cent points were awarded.

There was widespread criticism of the situation and, despite the unprecedented nature of the day, an acknowledgment that alterations were required to avoid a repeat.

At Monday’s meeting of the F1 Commission it was agreed that in the future two green flag racing laps, without either the Safety Car or Virtual Safety Car, must be completed for a result to be awarded.

The points system for shortened grands prix has also been altered.

For races between two laps and 25 per cent scheduled distance only the top five will be given points in the form of 6, 4, 3, 2, 1.