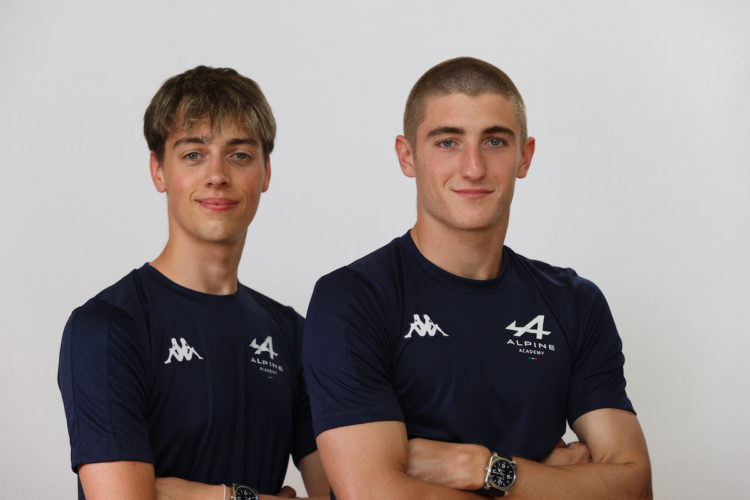 They have joined Caio Collet and Victor Martins in the scheme, who have been associated with the French squad for the last handful of years.

Doohan and Caldwell will race in Formula 2 this season, competing for Virtuosi Racing and Campos Racing respectively.

Collet and Martins will remain in Formula 3, with Collet sticking with MP Motorsport while Martins makes the switch to ART Grand Prix.

“The Alpine Academy enters a new cycle this season after a very successful 2021 for the programme,” said Alpine’s Racing Director Davide Brivio.

“This year our Academy driver line-up has a nice blend of talent with a lot of potential.

“Jack and Olli both enter their first seasons in Formula 2 but crucially have experience from the series last year.

“We have faith they will adapt well and learn valuable lessons in their first year in the Academy.

“Caio and Victor continue with the programme for another year and we have high expectations for them both.

“They now become the most experienced drivers in the Academy, so we’re excited to see them demonstrate all of their learnings so far.”

Alpine’s former juniors Oscar Piastri and Guanyu Zhou will be present in the F1 paddock this year, with the former, who is the reigning F2 Champion, holding the role of the team’s reserve driver.

Zhou meanwhile, will make his race debut for Alfa Romeo, competing alongside Valtteri Bottas for the season.

Christian Lundgaard has also departed the programme after several years, signing a deal to race in IndyCar for Rahal Letterman Lanigan Racing.