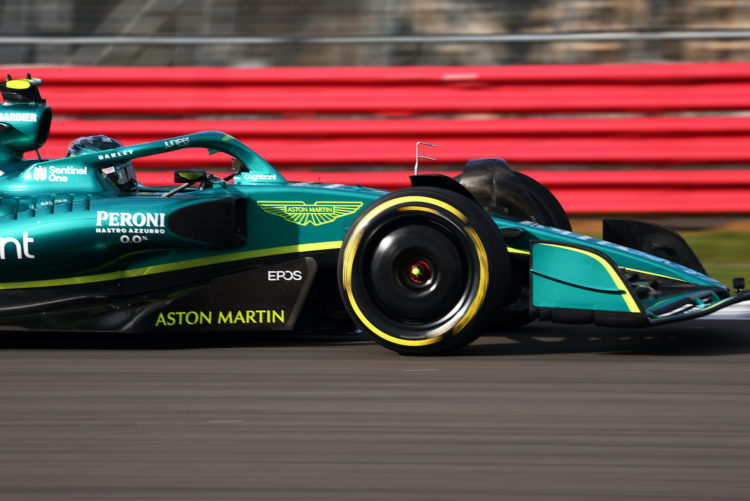 Aston Martin is optimistic that the cost cap means Formula 1’s development race will be closer, but is wary it will be playing catch-up until its new factory is operational.

Formula 1 is entering the second year of its cost cap but essentially the first in which there will be sizeable in-season development.

Aston Martin, under its prior guise of Force India, was regularly restricted by its financial limitations due to the nature of its previous ownership.

Under Lawrence Stroll it is working its way up to the budget cap and is also set to move into a new factory at its Silverstone headquarters in 2023.

Speaking at the launch of its AMR22, Chief Technical Officer Andrew Green expanded on the development path, commenting: “I hope now with the cost cap in place we will be able to bring updates as least as frequently as Red Bull or Mercedes.

“We are still working our way up to the cost cap, that’s for sure. We will be close this year, we keep attacking it next year but I think the finances of the team are really strong.

“We are not really cash-limited anymore. Where we are limited is the resources we have – the tools that we have at our disposal to develop the car and to make good decisions on developing the car.

“I think that’s really where we are hindered slightly – that’s what we are working towards improving in the coming years but I don’t think the finances are going to stop us upgrading, it’s just our ability to come up with good ideas and develop those good ideas before putting them on the car.”

The team finished fourth in 2016/17, under Force India, and again in 2020 as Racing Point, though regressed to seventh last year.

Green is optimistic that the squad can retain its ethos in spite of its ongoing expansion and greater resources.

“We work hard at retaining that small team racing culture, which is where it all started back in the early 1990s,” said Green.

“You just want racers in the building who just want to go racing. To try and keep that philosophy, that mentality and that environment and expand is tricky and it needs to be managed, but basically it forces you to employ like-minded people and that’s what we are doing.

“We have expanded, and the expansion now is backing off and we are getting close to reaching our peak now, so it is about getting everybody to gel and working on the tools.

“So there is a real excitement and real buzz, but I think we can maintain that small team feel even though we are a bigger team. We are still not the biggest team, but we are bigger than before.”