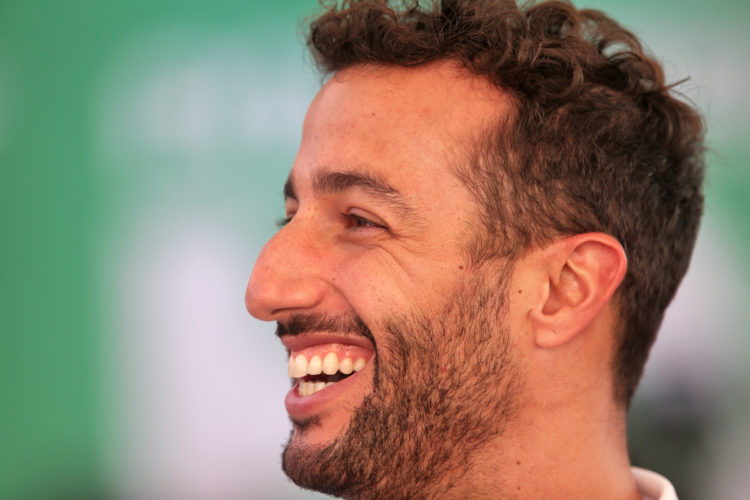 Daniel Ricciardo believes that Formula 1’s growth in recent years has led to more pressure being placed on officials such as Stewards and Race Control.

F1’s Race Director Michael Masi has come under scrutiny for how he handled the Safety Car restart procedure at the season finale in Abu Dhabi last year.

Red Bull’s Max Verstappen claimed his maiden title after the race was resumed on the final lap, while Mercedes’ Lewis Hamilton missed out on a record-breaking eighth.

F1 has seen substantial growth in recent years, with Netflix’s Drive to Survive credited with attracting many new fans.

And Ricciardo believes that the extra exposure has led to more pressure on the Stewards and Race Control to make decisions that satisfy all parties.

“I think the one thing was that I feel there is too much pressure on them, to be honest,” Ricciardo said.

“I think the sport in general has a lot more exposure now, which is great in some elements but it also puts others under pressure who probably aren’t asking for that pressure or used to it.

“It’s hard to look back in time and think when the Race Director or Stewards were so much in the media, it’s kind of quite unique and unknown territory.”

Race Stewards were criticised throughout the 2021 season for not being consistent with how they handled on-track incidents between drivers.

Ricciardo believes that a “ripple” was created from one incident to the next, and says those in charge of making the decisions should be left alone in order to comfortably deal with incidents.

“I think that’s where there was a ripple in the situation and I think that highlighted some of the stuff maybe too much and it then put pressure on the next situation more,” he said.

“It already felt intense and I feel everyone should have probably taken a step back. We are obviously all assigned roles and that person is there for a reason, just let them do it.

“At times there was a lot of interference and I think that made it more messy than it should have been.

“So less interference in general and let people get on with it probably with less pressure and then see what the outcome is.”