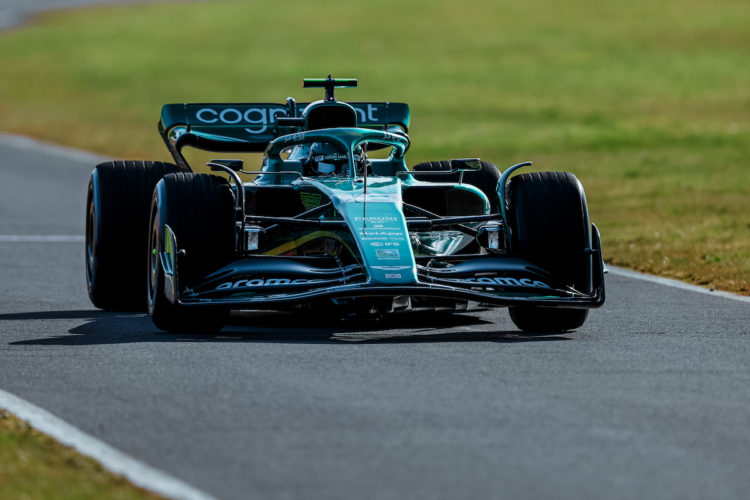 A 2022 Formula 1 car hit the track for the first time on Friday, as Aston Martin conducted a shakedown of its AMR22.

The car was officially launched by the team on Thursday, before it hit the Silverstone Circuit a day later.

Each F1 team is permitted two ‘filming days’ per year with running restricted to 100km, while Pirelli’s promotional tyres must be used.

The shakedowns are normally conducted prior to the start of pre-season testing each year.

Following the launch of the AMR22, Aston Martin’s Chief Technical Officer Andrew Green said the team wanted to “check the systems out on the car” at the shakedown, which would leave it time to analyse the information before the opening pre-season test of the season.

The team will be able to collect more concrete data in just over a weeks’ time, when a three-day pre-season shakedown takes place in Barcelona.

The final pre-season test will be held in Bahrain, from March 10 – 12, one week before the start of the new season in Sakhir.

Aston Martin enters the year looking to improve on its seventh-place finishing position in the Constructors’ Championship last year.

It picked up one podium during the season, courtesy of Sebastian Vettel at the Azerbaijan Grand Prix.