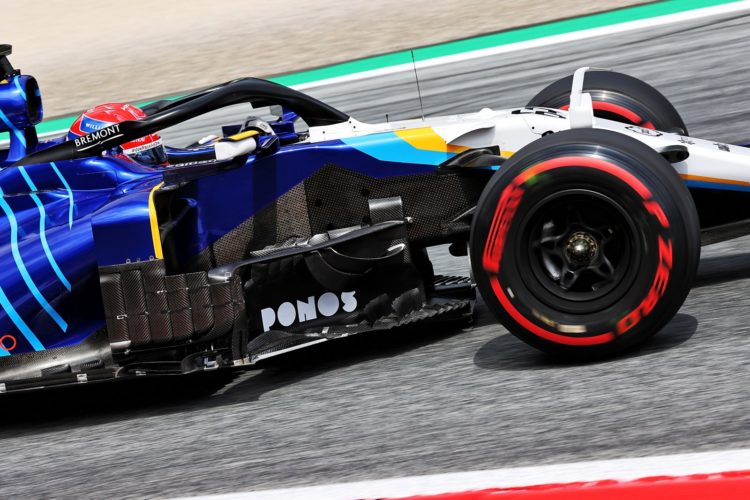 Williams drivers Nicholas Latifi and Alexander Albon shared their reactions to seeing the new livery that will adorn the Williams FW44 during the 2022 Formula 1 season.

Williams will officially unveil its new car on February 15, along with a new livery, which Latifi described as “fresh”.

“That’s different. That’s actually really cool. Fresh! I think I used that word last year, but I think it applies more to this year,” said the Canadian driver.

“I think it’s going to look nice under the lights, nice in photos.

“There’s a new colour involved here, which I’m a fan of. I think it highlights some very cool features on the car. A bit of a different pattern as well, from what we’ve normally used.”

Albon, who joins the team following a stint with Red Bull before being sidelined for a season, teased a new colour that will accompany the team’s traditional blue and white colour scheme.

“I like it. I would say it’s more Williams. It is more simple in terms of the colour scheme. There’s a little bit of **** in it. I like the **** in it,” he said in the video, with the audio edited to not give away the new colour.