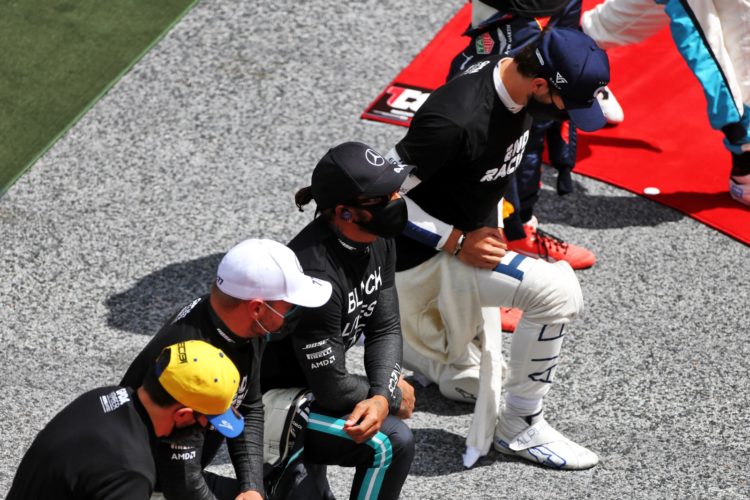 Formula 1 is to evolve its We Race As One campaign in 2022 and will move away from ‘gestures’, instead preferring to ‘take action’.

Formula 1 presented an anti-racism video in 2020 and set aside half a minute on the grid, prior to the national anthem, for drivers to undertake gestures.

This predominantly included the majority of drivers taking the knee, a symbol which has been witnessed in several other sports.

From 2022 Formula 1 will no longer have an official allotted time pre-race as it transitions its focus long-term to taking action.

“I think now it is the matter from gesture to action, now the action is the focus on the diversity of our community, and this is the first step,” Stefano Domenicali told Sky Sports F1.

“I think the gesture has been already important for the ones that believe it was an important, because we need to respect everyone, as always.

“But now is the time to move on and take some other action.”

Formula 1 confirmed on Tuesday that it had committed to its Engineering Scholarship programme through 2025.