Massa and Glock to team up for Interlagos stock car race 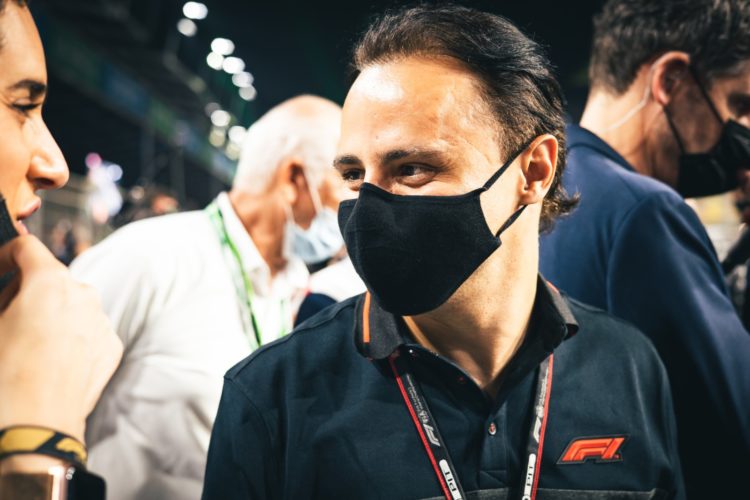 Felipe Massa and Timo Glock will team up for this weekend’s ‘doubles race’ at the opening round of the Brazilian Stock Car Pro Series.

Massa claimed victory at the title-deciding 2008 Brazilian Grand Prix and was on course for the crown until Lewis Hamilton passed slick-shod Glock at the final corner in wet conditions.

That secured Hamilton the crown by a solitary point.

Massa and Glock met for the first time in 13 years at last season’s Brazilian Grand Prix in a feature segment proposed by Sky Sports.

The pair will now team up for the championship’s traditional ‘doubles race’, with Massa and Glock to share the #19 entry fielded by the Lubrax Podium team.

“I had this idea at the end of last year, after we met at the Brazilian GP,” said Massa.

“I shared it with my sponsors, who soon agreed. Besides what it means to form a team with Timo within the entire context of motorsport, it is clear that we are also looking for a good result.

“I am already in direct contact with him, passing on all possible information.”

Massa raced full-time in the series in 2021 but it will be Glock’s first experience of the championship.

Glock has predominantly raced in the Germany-based DTM since leaving Formula 1 at the end of 2012.

“I’m very happy to be able to go to São Paulo and be Felipe’s partner in the Stock Car,” said Glock.

“It will be exciting and a very special weekend for me. I follow the Stock Cars. You can see that it is a difficult car to drive, but Felipe has already sent me some onboard camera images so that I can understand the car.

“It will be a lot of fun, because the category has big names and many fast drivers. I hope I can learn fast too.”