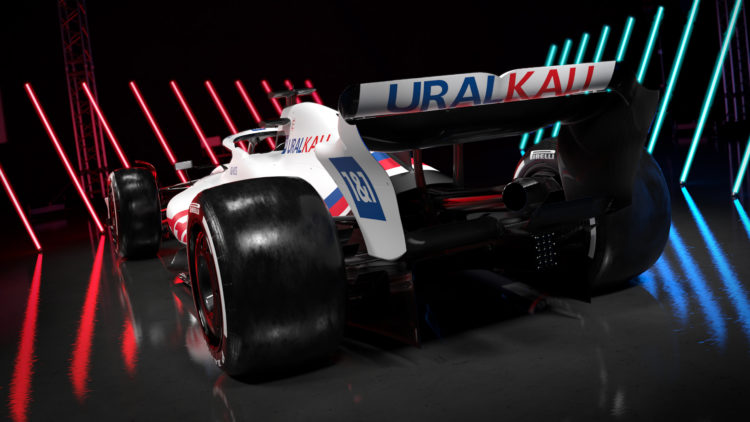 Haas Technical Director Simona Resta says getting the VF-22 down to Formula 1’s weight limit was “a real struggle” owing to the regulatory overhaul.

Formula 1’s 2022-spec cars are set to be the heaviest in history, at 795kg, an increase of 43kg compared to their direct predecessors.

This has come courtesy of various factors, though the biggest culprits are tougher monocoques – owing to more stringent safety requirements – and the larger 18-inch wheels, which account for 11kg of the increase.

Haas on Friday presented renders of its 2022 package, the VF-22, as it strives to climb back up Formula 1’s pecking order.

“Well, defining a strategy about recovering aerodynamic performance with such a big change has been a really critical aspect,” said Resta, who joined Haas in early 2021 from Ferrari, on the VF-22’s development.

“In the beginning the drop [in aero performance] was massive, and our job was to try and recover, that for sure is an aspect.

“Another aspect which we tried to mitigate [was] putting together a car to test the new tyres, learning how they interact with the new regulations, they are quite different.

“And last but not least I think the weight has been a real struggle, I suppose for everyone, because the amount of things that changed on the car – tyres, rims, brakes, safety requirements, bodywork etcetera – has induced a massive amount of weight increase on the cars which we really fought hard to try to contain, so that has been a really important point for all the project.

“In terms of creating a new car, it’s probably the most complex in the last 20 years.”

Resta is optimistic that the construction of the 2022 regulations will result in closer competition – at least by the end of the season.

“As we’ve seen in the last few big regulation changes, there’s been always instances with the spread opening the gap a little bit, which has happened every time, so I suppose there will be this possibility again to re-open the spread, if you look back at the gaps in the midfield,” he said.

“Nevertheless, the new regulations are tighter from a certain point of view, so that will counter balance that possibility.

“I really hope that finally, balancing all the facts, the grid will be tighter. Maybe not in day one, maybe not on day two but in a way progressively during the season, the first quarter, mid-season etcetera.

“I really hope and I really can see that step by step, the grid will be closer and closer. We’ll see if I’m wrong or if I’m right.”