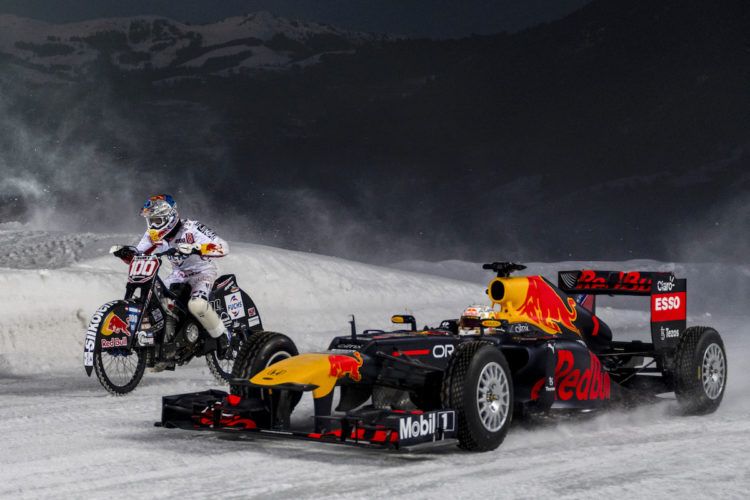 The Dutchman was driving the 2012 RB8 car, with his new number stuck to the front and the side of the car.

As the reigning F1 Champion, Verstappen reserves the right to run the #1 for the following season, which he has exercised, having used #33 since his debut in 2015.

Verstappen is only the second driver in the turbo-hybrid era to use #1 after Sebastian Vettel chose it for his final season at Red Bull in 2014.

“How many times do you get the opportunity to swap numbers?” Verstappen said.

“And number one is the best number out there, so for me, it was very straightforward to pick it. Hopefully, number 33 doesn’t come back next year.”

“This was my first time on the ice with a Formula 1 car and I’ve been really looking forward to it,” Verstappen said. “It was very interesting and it’s quite slippery, so you have to be careful.

“Everything is very cold, including the brakes, and racing cars are obviously not designed to drive on the ice, which makes it even more difficult, but it was a lot of fun.”

Red Bull will launch its 2022 car on February 9 next week, as Verstappen enters the year looking to defend his F1 title.